Morocco’s Caritas center, which Pope Francis will visit this weekend, has struggled to accommodate surging numbers of women and unaccompanied minors migrating to Morocco. 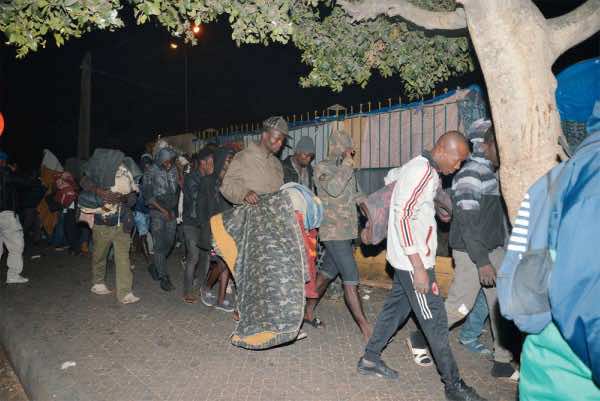 Pope Francis’s visit will be the second papal visit to Morocco, the first since 1985. The Vatican announced in January that the motto of the visit would be “hope,” and Moroccan bishops later clarified that the visit would revolve around interfaith dialogue and issues of migration, themes that the pope has pressed throughout his six-year tenure.

But for Christian migrants who have sought aid from the Caritas Morocco center in Rabat, the significance of the visit will be felt on a more personal footing. The pope plans to spend an hour with them at the organization’s headquarters on Saturday.

Caritas is a collective of Catholic social service and relief organizations that operate in over 160 countries. Like other branches of Caritas, the organization’s Moroccan arm does diverse work—everything from agro-ecological projects to working with disabled individuals.

Migration, though, is a major focus for Caritas Morocco, and the primary reason for the pope’s visit. Caritas Morocco director Hannes Stegemann said in an interview with Morocco World News that he hopes the visit will bring attention to realities of migration in Morocco. The organization has worked with sub-Saharan African migrants in need since the early 2000s.

“We have an increasing number of vulnerable people”

But the situation has intensified in recent years, and migrants are arriving in greater need.

Caritas Morocco has assisted around 45,000 migrants since it began its work on migration nearly two decades ago, according to Stegemann. Now the organization, which also has branches in Tangier and Casablanca, works with 8,000 people annually.

Over the past five years, though, migration in Morocco has transformed. More and more women with children and unaccompanied minors are arriving in Morocco to find opportunities—and coming to Caritas for support.

“The profile of the migrants has changed drastically,” Stegemann said. “I think the migrant community realized that for the classical migrant, who is male and looking for work, the doors are closed.”

Caritas, once accustomed to working with young men seeking employment, has been overwhelmed by the needs of the migrants that knock on its doors. Unaccompanied minors make up around 25 percent, Stegemann said. Their top countries of origin are Côte d’Ivoire, Guinea, and Cameroon.

Caritas provides a wide range of services to the migrants that come to their door. Depending on the needs of the person, that might be legal help, psychological support, or just a hot meal.

Women and children, though, tend to need more long-term assistance. Caritas has seen women through pregnancies, prevented family separations, and tracked down relatives of children abroad. They rent apartments for two dozen minors who migrated, unaccompanied, to Morocco.

“[It]’s a problem because it’s far more complicated far more expensive and, in terms of time, very time-consuming to accommodate these groups,” Stegemann said. “The need is high.”

Caritas has persisted, though, he said, and is constantly adapting its strategy to the situation. “It’s learning by doing.”

The high majority of the migrants Caritas serves are Christian, although the center does not discriminate on the basis of religion. It’s self-selecting, Stegemann explained; Caritas is a Catholic organization, and Christian migrants tend to require greater support integrating into Moroccan society. (People of sub-Saharan descent make up most Christians in Morocco.)

And Caritas, itself, is a diverse mission. A third of its staff are sub-Saharan migrants, primarily Christian; another third are Moroccan; and a final third are European volunteers. It’s a prime example of the kind of interfaith cooperation that both Pope Francis and King Mohammed VI have lauded.

Stegemann emphasized, too, that Caritas is just one part of the larger story of sub-Saharan migrants in Morocco. “The migrant looking for assistance with Caritas is a migrant with problems,” he said—not one of the many migrants who have successfully integrated into Moroccan society.

For these people, Pope Francis’s visit on Saturday may offer needed recognition and hope.