Pope Francis had a busy two-day schedule in Morocco.

Rabat – Pope Francis left Morocco on Sunday afternoon, after a two-day official visit, at the invitation of King Mohammed VI.

Pope Francis left Morocco through a Royal Air Maroc flight after concluding a papal mass today at the Moulay Abdallah stadium in Rabat.

The Pope landed in Morocco on Saturday for his first-ever official trip to Morocco, where he had a busy schedule.

Before his departure, the Pope had several activities during which he met priests, migrants, as well as charitable organizations.

The Pope began his second day in Morocco with a visit to a rural Center for Social Services in the town of Mers El-Kheir in Temara, on the outskirts of Rabat.

The members of the center run by several Daughters of Charity informed the Pope about the mission of the center and voluntary actions, which provides help  to newborns and children with material and psychological care.

Afterwards, the Pope visited Rabat’s cathedral, where he met dozens of Catholic Christians and priests operating in Morocco.

The Pope concluded his visit with a mass papal at the Moulay Abdellah stadium attended by thousands of people. 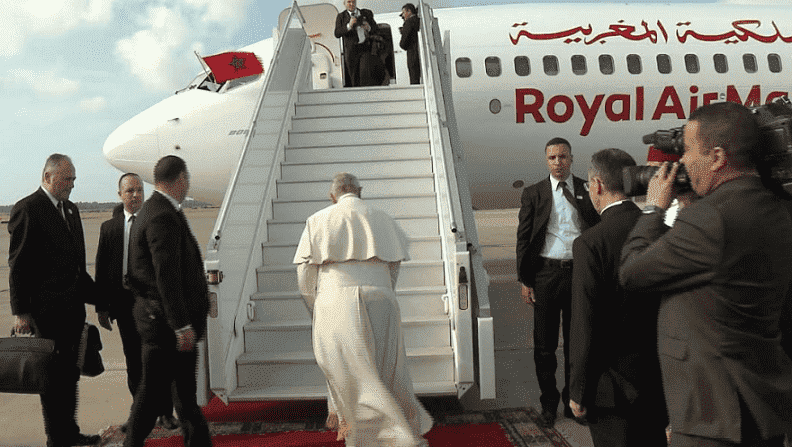