The minister said Morocco is one country with skills that are highly sought after in Canada. 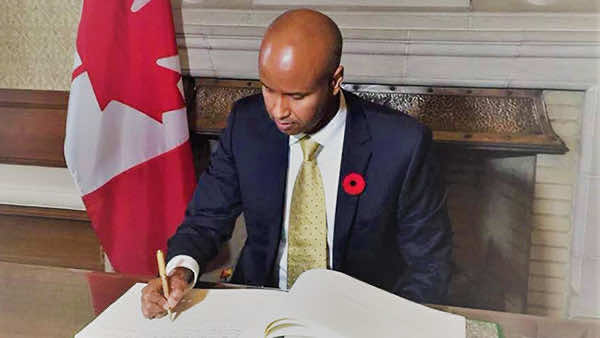 Rabat – Canada’s Minister of Immigration, Refugees, and Citizenship Ahmed Hussen has said that Morocco is  home to many skills that are highly sought after in Canada.

Maghreb Arab Press (MAP) quoted the Canadian official, who made his remarks at a soiree in Toronto during the 18th Moroccan Cultural Days event.

Hussen said that Canadian companies, which have 250,000 vacancies, are interested in skilled workers from around the world, including Morocco.

“They need to attract skilled talents from around the world, and I can tell you that Morocco is one of the countries, where skills are among the most sought after.”

Hussen also recalled his official visit to Morocco during the international conference on migration in December 2018 in Marrakech.

Commenting on the UN-sponsored event, Hussen said that the choice of Marrakech and Morocco to convene leaders from the world to discuss migration challenges was not coincidental.

Morocco’s ambassador to Canada, Souriya Otmani, said that Morocco, a land of hospitality, openness, and coexistence, “works on the front line in favor of promoting the culture of peace, positive, interaction and intercultural dialogue.”

She also remarked on the significance of the messages delivered by Pope Francis and King Mohammed VI on March 30.

“It is a strong call to make reconciliation and dialogue between religions and cultural peace and to reject the deleterious logic of confrontation and withdrawal.”

Representatives of the Canadian federal government, several Canadian and foreign personalities, and members of the Moroccan community attended the soiree as part of the Moroccan Cultural Days.