The study found that most hashish in Madrid is contaminated, making it a seriously harmful substance that should be banned from human consumption. 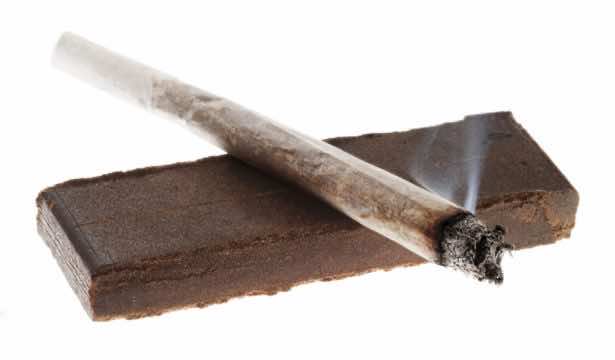 Rabat – After collecting and analyzing 90 different samples of hashish in Madrid, including from Moroccan sources, a group of Spanish pharmacists have established that the large majority of cannabis sold in the Madrid streets is not suitable for human consumption.

Fifty-four-year-old Manuel Perez Moreno, a pharmacist at Madrid’s Complutense University, reported the results of his study in a co-authored paper titled “Cannabis Resin in the Region of Madrid: Adulteration and Contamination.”

In the paper, the authors shed light on the preparation and transportation methods of the cannabis sold in Madrid. They found that the hashish sold in Madrid neighborhoods could have a detrimental effect on human health.

As Moreno wanted the study’s conclusions to be robust and more accurately generalizable, he collected 90 samples of cannabis from different sources.

“The majority of the hash sold in the Madrid region is not apt for human consumption, mainly due to microbiological criteria, and it represents a danger for health,” read part of the paper.

It added, “Our results showed a direct relationship between the shape of the samples (acorn or ingot) and the presence of foreign elements, adulterants and microbiological contamination.”

Although Moreno successfully analyzed 90 different samples of cannabis, he claims to have never consumed the narcotic.

Instead, he explained, during the one-year period over which he collected the samples, according to Spanish outlet El Pais, he would show up at Madrid neighborhoods and ask locals questions such as, “Do you know where I can buy hash?”

But he bought the cannabis with his own money, “since I couldn’t imagine asking for a grant to buy hashish,” Moreno said.

Of the feral and microbiological contamination of the different types of hashish collected, the acorn-shaped category, the type most traffickers from Morocco smuggle to Spain, was found to be unfit for human consumption in 100 percent of the samples.

Comparing acorn-shaped to ingot-shaped types, the analysis indicated that 93 percent of acorns “were contaminated by E. coli,” compared to only 29.4 percent of ingots.

“In addition,” the study added, “all samples with fecal odor were acorns.” And while the study’s overall contamination percentage was 88 percent, that number was “significantly higher” for acorn-type cannabis.

Moreno attributed the reason for such high contamination with E. coli, a bacteria found in feces, to the way people smuggle the drug from Morocco.

Traffickers operating between Spain and Morocco wrap up tiny hashish pellets—described as acorns—in plastic film. They then swallow the pellets after consuming yoghurt to neutralize the acids secreted by the stomach.

“When they get to Spain, they take a laxative and expel the [acorns]. And then they’re put on sale,” El Pais quoted the Spanish pharmacist as saying.

According to the study, the degree of feral contamination found in the different samples used for the study was 500 times higher than the maximum accepted in the US for marijuana or in EU regulations for products such as tea or coffee.

“This is clearly a public-health problem. The quantities of bacteria that we found are appalling,” said biologist Inmaculada Santos, a co-author of the study at Madrid’s Complutense University.