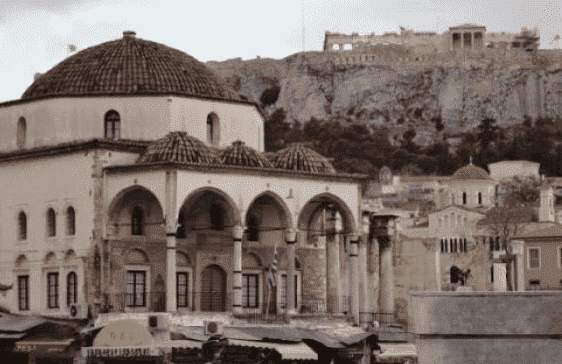 By
Sydney McCourt
-
Sydney McCourt is Politics of Media and Representation major at the University of William and Mary, currently studying media, political science, and Arabic in Rabat.
Apr 4, 2019
Spread the love

Rabat – The administrative committee of the first official mosque in Athens has chosen Moroccan-born Zaki Mohammed to act as their imam. The committee nominated him in a unanimous vote, based on a review of his qualifications and a personal interview.

Mohammed, a 50-year-old father of two, is a respected cleric and well-regarded in Athens’ Muslim community. He holds Greek citizenship, which he obtained after moving to Greece 25 years ago. Mohammed speaks Arabic, Greek, and French and studied theology and mathematics. He is currently an imam at one of the six makeshift prayer spaces in Athens which have received permits from the state.

The mosque, the first to be officially recognized and government-funded, is expected to open in time for the beginning of Ramadan on May 5.

The opening of the mosque will mark the first time Muslims in Athens have had a formal place to worship since the end of Ottoman rule over a century ago. As of now, Athens is the only European capital without an official mosque despite Greece’s Muslim population of over 250,000.

There are two historic mosques in Athens, but neither has been used for worship since Ottoman times. One, the Tzistarakis Mosque, hosts the Museum of Greek Folk Art, and the other, the Fethiye Mosque, has been heavily renovated and is used as an exhibition space.

Muslims in Athens pray at makeshift worship spaces located in basements, warehouses, garages, and apartments. As of 2016, there were at least 100 “underground” mosques in the city, the majority of which are not allowed to operate as places of worship without having registered as legal entities.

An increasing number of these spaces have been granted permits to operate, although the government’s hope is that many Muslims will move from the informal spaces to the mosque for prayer once it opens.

The mosque itself is a 1,000-square-meter building without a minaret which will hold 350 people. It’s two floors include a gender-segregated worship area, auxiliary rooms, an office for the imam, and an office for the muezzin. It will be open to the public daily from a half hour before the first prayer until a half hour after the last prayer and 24 hours a day during Ramadan. The estimated cost of the mosque, to be borne by the Greek state, is €887,000.

“Is this the mosque they’ve been telling us about for so many years?”

There have been numerous attempts to build a mosque in Athens, beginning as early as 1890 with plans proposed again in 1934 and 2004. The Greek Parliament finally approved the construction of the mosque in August 2016.

There have been some complaints about the conditions of the mosque from within the Muslim community. Recep Tayyip Erdogan, president of Turkey, met with Greek officials in Athens in 2017, telling them he opposed the idea of a mosque without a minaret.

Naim el-Ghandour, president of the Muslim Association of Greece, complained that the mosque is not nearly big enough to accommodate all the Muslims who have been worshipping in makeshift spaces around Athens, asking, “Is this the mosque they’ve been telling us about for so many years?”

But many Greek Muslims see the mosque as an important symbol–a sign of their recognition as equal citizens of Greece. Much like the rest of Europe, Greece has experienced rising Islamophobia and xenophobia. This, in large part, explains why it has taken so long for the mosque to be finished.

The construction has been plagued by delays and protests since its beginning. The construction site has been regularly defaced by anti-Islam graffiti and leaflets. Residents of Athens have held a number of protests, with demonstrators camped out at the site until dispersed by police.

Golden Dawn, the far-right neo-Nazi party in Greece has made public commitments to halting the progress of the mosque and has threatened violence. Part of the party’s anti-Islam rhetoric involves the conflation of contemporary Islam with Ottoman rule of Greece. In 2016 Golden Dawn’s leader Nikolaos Michaloliakos decried the mosque as a “shrine to slavery,” saying “a mosque in the shadow of the Acropolis. Are we returning to Turkish occupation?”

According to the UN and Amnesty International, Golden Dawn is responsible for leading violent attacks against refugees. Over the years, there have been several attacks on Muslims’ unofficial prayer sites.

Georgios Kalatzis, secretary general of religions at the Hellenic Ministry of Education, Research, and Religious Affairs, spoke in favor of the mosque, saying its publicly-funded construction is “the Greek public’s choice, and the message to the Muslim society is clear that Islam holds an equal position in our country.”