The president of the IMA, Jack Lang, said: “In this extraordinary history of football in the Arab World, Morocco occupies a distinct place.” 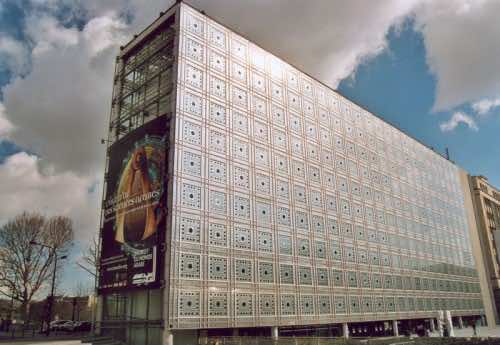 Rabat – The Institute of the Arab World (IMA) in Paris is putting on an exhibition titled “Football in the Arab World: The Revolution of the Round Ball.”

Through eleven iconic stories, whether centered on a player, a match, a movement, or a team, the exhibition highlights football and the special role it plays in the Arab world. The exhibition also examines the impact of the Arab world on football.

The exhibition includes a tribute to Moroccan national football legend Haj Larbi Ben Barek. Ben Barek began his career in 1928, quickly rising to fame in the French league. He is widely recognized as the first African footballer to gain success in Europe.

Ben Barek was also the first football coach for Morocco’s national team after it gained independence from France. IMA says it intends to pay “tribute to this extraordinary character, who illustrated the greatness of Moroccan sport.”

Moroccan outlet H24INFO quoted the president of IMA, Jack Lang, as saying, “In this extraordinary history of football in the Arab World, Morocco occupies a distinct place, both by great players, including Larbi Ben Barek, who remained in collective memory, but also by its clubs and the commitments made, even today, in favor of this discipline.”

According to IMA, visitors will discover through an immersive experience, like a player entering a football field, key moments and people in football history, such as Ben Barek, the team of the National Liberation Front (FLN) of Algeria, the rise of women’s football in Jordan, and the city of Cairo as a football capital.

As well as displaying iconic objects from the football world, such as balls and trophies from world cups, IMA offers several interactive experiences, such as allowing visitors to “compose their ideal football team virtually and to slip into the skin of a sports commentator.”

Abdellatif Zaghnoun, director general of Morocco’s state investment institution (CDG), one of the Moroccan partners of this exhibition, and Saad Bendourou, the deputy head of mission at the Moroccan embassy in France, attended to represent Morocco.

The exhibition, which will be open from April 10 to July 21, comes amidst public anticipation for the Africa Cup of Nations in Egypt which begins in June.