The Polisario Front has been attempting to cover up continuous protests by accusing Morocco of violations. 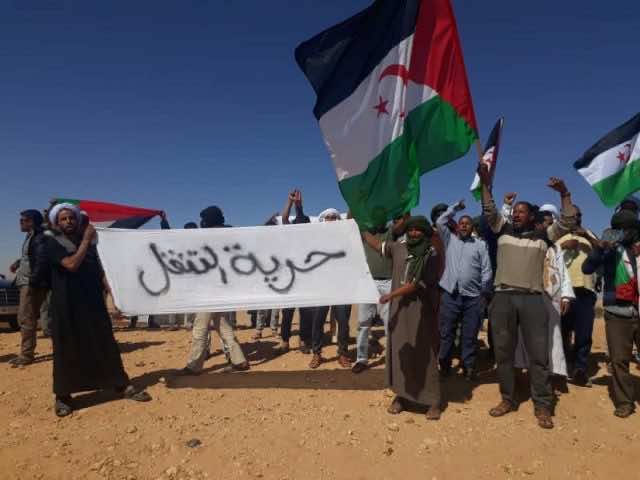 Rabat – The Polisario Front is experiencing several protests in Rabouni, Algeria, in which dozens of Sahrawis are demonstrating against tightened restrictions.

Former Polisario officer Mustafa Salma Sidi Mouloud shared a photo of the protests on his Facebook on Wednesday and captioned it: “The demands of today’s continuous demonstrations in the Tindouf refugee camps in Tindouf [that have been ongoing] for a week now.”

According to Mustafa Salma, the protesters are “only demanding their right to move freely, which is guaranteed universally.”

A video posted on YouTube on Monday also shows vehicles lining up on  road while protesters wave separatist flags and shout slogans, such as “Freedom of movement” and “Freedom.”

The protesters describe Polisario’s restrictions as “forced detention” and a “violation of the right of movement.”

In addition to the protests in Rabouni, dozens of Sahrawis also carried out a sit-in in front of the headquarters of the self styled “Sahrawi Ministry of the Interior” against lack of freedom of movement.

The protesters also denounced Polisario’s decision to hand over a list of those who leave the camps to the Algerian security services.

Polisario allegedly limits cars to leaving the camps only once in 20 days.

Commenting on the ongoing protests, Mustafa Salma wrote in a previous Facebook post that demonstrators are unaware that they have chosen the “right place to protest because if they checked under their feet they would find the first underground prison built by the Polisario to detain” anti-Polisario activists at the interior ministry prison in 1976.