Under the theme “Plural Morocco, Land of Living Together,” Morocco invited 100 Moroccan youth living abroad to teach them about Moroccan culture.

Rabat – The minister of Moroccans living abroad (MREs)and migration affairs, Abdelkarim Benatiq, has stated that Morocco is a land of co-existence between the three monotheistic religions and saluted Pope Francis’s historic visit to Rabat March 30-31.

Benatiq made the remarks in his speech during the opening of this year’s Spring University, under the theme: “Plural Morocco, Land of Living Together.”

The event is being held in partnership with Sultan Moulay Slimane University in Beni Mellal, central Morocco, and meeting in a small village called Foum Joumae, April 10-14.

“We salute the success of this visit which was marked by the talks between the sovereign and Pope Francis,” said Benatiq.

He also noted that Morocco is not only a transit country on a migratory route but also a settlement destination for migrants.

The ministry hosts the Spring University to increase ties between Moroccan youth living abroad and their motherland by introducing them to Morocco’s cultural wealth and plurality.

Benatiq stressed that MREs should be involved in the development of their country. He argued that Morocco’s continuous development relies partly on them.

The participants will attend several activities, including one about religion, themed “Tolerant Islam as advocated by our religion,” led by the secretary-general of Morocco’s highest Islamic body, the Mohammedia League of Scholars, Professor Ahmed Abbadi. 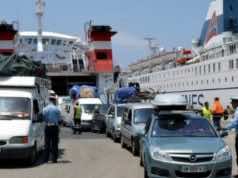