The 24th Andalusian Music Festival brought together international and local bands to play for the northern city of Fez, to celebrate-cultural music.

By
Anton L. Delgado
-
Anton interned with Morocco World News as a news correspondent and staff photographer from March to May 2019.
Apr 20, 2019
Spread the love

Fez – Their feet tapped in unison as the Andalusian music coming from their instruments filled every corner of the auditorium. All wearing matching white gandoura tunic dresses and traditional red Fez hats, the local orchestra’s performance was the main event of the night during the 24th Andalusian Music Festival.

The week-long event, hosted from April 6 to 13, featured more than 30 orchestras from Fez, Tangier, Tetouan, Rabat, Meknes, Casablanca, and Spain. Each orchestra sharing their version of Andalusian music with the audience.

“This music symbolizes happiness and creates a joyous atmosphere in Moroccan society,” Abdeslam Chami, director of the artistic administration of the festival, told Morocco World News. “The Andalusian music should be present in all events.”

One of Chami’s goals during this year’s festival was to give the audience an opportunity to compare different forms of Andalusian music by inviting international orchestras.

Miguel Ruiz, the clarinet player for the Spanish orchestra “Salema” and resident of Andalusia, was thrilled to get an invitation to Fez to play during the festival.

“It is so important for us to play our Andalusian music here because it is such a special opportunity for us to share our form [of] Andalusian music with the Moroccan public,” Ruiz told MWN, moments before stepping onto the stage.

For more than an hour, Ruiz and his orchestra played for the dozens of people that filled the auditorium.

“We want our audience to feel the union of Arab, Jewish and Spanish culture in our music,” Ruiz said. “We want them to feel the changing time periods and cultures and appreciate them all.”

The crowd greeted Ruiz’s final note, played on his clarinet, with a standing ovation.

Cheering loudly in the audience was music professor Abdelwahab Alaoui. Throughout his years teaching, Alaoui has seen a consistent interest in Andalusian music from Moroccan youth.

“Andalusian music is a part of Moroccan cultural heritage and it has seen a large amount of interest from Moroccan students in the last several years,” Alaoui told MWN.

In recent years, the festival’s organizers have made it a goal to promote Andalusian music and art among young people. Alaoui is in complete support of the goal.

“Festivals like this one are important because they keep interest in Andalusian music alive,” Alaoui said. “It is important that Moroccans all together ensure the preservation of this type of music and make sure it is still present for the next generation.”

History of Andalusian music in Morocco

Andalusian music’s exact origins are unknown, but it was allegedly born during the 9th century in Al-Andalus, the southern part of Spain controlled by Arabs.

The unique form of Spanish music came to North Africa following the exodus of Jews and Muslims from the Iberian Peninsula caused by the fall of the Moorish-rule in Andalusia at the end of the 15th century. The exodus spread Andalusian music to Morocco, Tunisia, and Algeria.

Many settled in northern Moroccan cities, such as Fez, Tetouan, Tangier, and Chefchaouen—growing the music’s popularity within the country.

Since the great exodus, each country has developed its own version of Andalusian music but kept a similar structure to the original.

The core-structuring concept is called the “nawba.” Each nawba is on a “tab,” which is similar to the musical concept of a mode. These tabs are structured in a sequence of five “myazen,” each one on particular rhythmic pattern. Each myazen begins with an instrumental prelude and is followed by a number of sun poems, also known as “sana’i,” which includes intermittent  instrumental interludes.

These interludes are often filled with music from a barbuka drum, oud guitar, taarija tambourine, the rebab stringed instrument, piano, or violin.

According to Chami, Moroccan Andalusian music is the most similar to the original.

To keep the practice of Moroccan Andalusian music alive, several festivals are hosted each year to celebrate the unique practice.

The 25th Andalusian Music Festival will take place at a similar time next year and will again be organized by the municipality of Fez and the Fez-Meknes regional council.

The coastal city of Essaouira will host the annual Festival of Atlantic Andalusian Music in October. 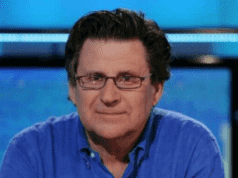