The death toll in Easter Sunday's attacks on churches and hotels in Sri Lanka reached 321. 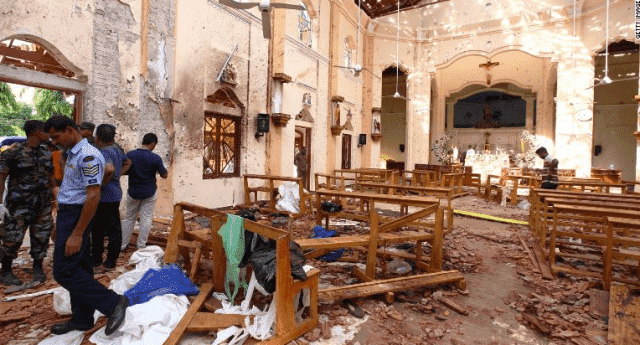 Rabat – Sri Lanka’s defence minister Ruwan Wijewardene has said that the bombs that hit churches and hotels were in retaliation for the Christchurch attacks, which took place on March 15 in New Zealand.

At least 50 people were killed when a terrorist opened fire at two mosques in Christchurch.

The Australian suspect in the Christchurch attacks filmed the shooting on a live video on Facebook.

On Easter Sunday, April 21, eight bombing attacks killed 321 people and injured more than 500 others in several churches and hotels across Sri Lanka.

Police said they have arrested at least 40 suspects as of Tuesday.

The country is in national mourning and held a mass funeral for the victims.

ISIS claimed responsibility for the attack on Tuesday. On Monday, the Sri Lankan government linked the attacks to the National Thowheed Jamaath, a Muslim movement in the country.

One Moroccan, a woman named Hajar, was injured in the attacks.