The dismissal is likely due to Kadour’s close ties with Abdelaziz Bouteflika.

The interim president nominated Sonatrach’s head of production and exploration, Rachid Hachichi, as the new CEO of the company.

The Algerian interim leader did not state his government’s reasons for sacking Kaddour. But it is possible that the decision was due to Kadour’s close relationship with former Algerian president Abdelaziz Bouteflika who appointed him as the head of Sonatrach in March 2017.

After the mass Algerian protests against his re-election for a fifth term, Bouteflika resigned on April 3. But Algerians have also been complaining about the widespread corruption in the country, demanding that all the corrupt officials of the former regime be held accountable.

The move is seen as a way to appease Algerians. By appearing to move away from the Bouteflika establishment, the new interim leadership wants to make a statement about its stated commitment to engineering a successful democratic transition. 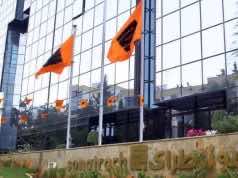