While Morocco has avoided major terrorist attacks in recent years, it remains vulnerable to growing radicalization among marginalized populations.

Rabat – Jihadi extremist groups have existed in North Africa for decades. In 1997, Al-Qaeda in the Islamic Maghreb (AQIM) was founded in connection with the Algerian civil war. The group is the most prominent transnational terrorist organization in North Africa and is dedicated to dismantling regional governments and implementing Sharia (Islamic law). Despite regional efforts to counter violent extremism, jihadi propaganda remains a threat to security in North Africa.

As a result, North African states continue to experience terrorist attacks. In Tunis on March 7, 2019, a post office intercepted 19 letters addressed to notable journalists, politicians, and trade unionists containing potentially deadly toxins. In Egypt, Christians and members of other religious minorities continue to suffer from attacks.

While ISIS has not carried out any successful terrorist attacks in Morocco, the kingdom has faced repeated threats and continues to discover and dismantle ISIS-affiliated cells.

Where will returning jihadi militants go?

ISIS no longer has territorial holdings in Syria and Iraq. At the same time, its influence threatens North African security. Jihadi militants relocating or returning from Syria are capable of radicalizing young people, especially those disenfranchised by economic or political situations.

Morocco has struggled with the flight and return of foreign terrorist fighters. As of March 2017, Moroccan security sources estimated that 2,000 Moroccans had left to fight alongside extremist groups in Iraq and Syria. Around 200 of those extremist militants have reportedly returned to Morocco and faced arrest.

Morocco launched a counter-terrorism reconciliation program in 2018 called “musalaha.” The de-radicalization program aims to rehabilitate Salafi-jihadis inside Moroccan prisons based on reconciliation with the self, with religious texts, and with society. While the program has shown some individual successes and some jihadis received pardons from the King, critics say the program does not do enough to counter greater extremism.

According to Mohammed Masbah, the director of the Moroccan Institute for Policy Analysis, “Post-prison reintegration of jihadis is partly falling short because civil society is absent from efforts to prevent and counter extremism.”

While Morocco has avoided any major terrorist attacks in recent years, in “the absence of a comprehensive deradicalization program that includes civil society efforts to rehabilitate former prisoners, the country will remain vulnerable to growing radicalization among marginalized populations,” continues Masbah.

On March 10, 2019, Moroccan authorities repatriated a group of eight Moroccans, allowing the extremist militants of Moroccan origin to return safely. Once in Morocco, the returnees are subject to judicial investigations for their alleged involvement in terror-related activities.

Following the terrorist attack killing two Scandinavian tourists in Morocco on December 15, 2018, there has been a change in perception of Moroccan safety. The British government’s Foreign Travel Advice states, “Terrorists are likely to try to carry out attacks in Morocco. You should be vigilant at all times.”

The US State Department raised its travel warning to level two on April 2, 2019. The travel alert warned Americans to “exercise increased caution in Morocco due to terrorism. Terrorist groups continue plotting attacks in Morocco.”

As jihadi extremist groups have all but disappeared, how will North African states counter violent extremism in a reconciliatory, effective, and productive manner? 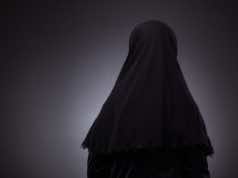