Moroccan authorities have arrested a woman in Meknes in possession of a haul of psychotropic drugs and cocaine.

The arrest, which took place on Tuesday, April 30, was based on information provided by the General Directorate for Territorial Surveillance (DGST).

The directorate stated in a press release that the police arrested the suspect at the Meknes train station.

The suspect possessed a haul of 1002 pills of ecstasy-based drugs and two doses of cocaine.

Further police investigations also led to the arrest of her husband, whom the police suspect to be the major drug dealer.

The authorities have placed the suspects under police custody, awaiting further investigations  into the circumstances surrounding the case. 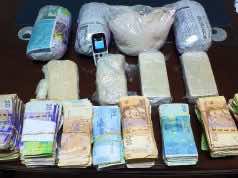