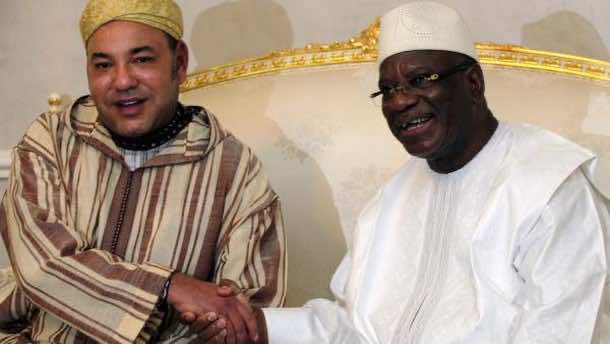 Seizing the opportunity of an audience with the Moroccan ambassador in Bamako, Hassan Naciri, President Keita spoke in the warmest terms of his country’s bilateral relations with their “brother country” Morocco.

In recent years, Morocco’s standing has significantly improved in Africa.
Under the guidance of King Mohammed VI, Morocco’s institutionalized entry in its “African family” was sealed in January 2017, when the African Union welcomed Morocco’s membership application.

Since then, the kingdom’s impact on continental matters has been felt throughout meetings and discussions on Africa. Rabat’s impact is particularly visible in Francophone African countries—like Mali—that share close cultural and historical ties with Morocco.

“If there is a country that wants a loyal and brotherly relationship with Morocco, of course that would be Mali,” Keita said. He cited the “close history” and “the singular partnership” binding the two states.

“Mali’s sentiments towards Morocco have not faded,” the president went on to argue. Instead, he noted, the lingering sentiments of friendship and brotherhood are the reflection of their “historic depth.”

Once hailed for its democratic performance, Mali is today facing a tough socio-political challenge from the deep-rooted threat of radical Islamism. The country’s north is de facto ruled by Islamist groups, and confrontations with the national army are part of northern Mali’s everyday experiences.

In addition to the established cultural and trade relations with Morocco, a key focus of Malian authorities in their partnership with Rabat is to benefit from Morocco’s documented success against the likes of the radicalized fighters wreaking havoc in northern Mali.

Of the Mohammed VI Institute, President Keita said that “it is an excellent initiative that illustrates King Mohammed VI’s genius to tackle evil at its roots.”