Bombardier expected to make the best of its move to Morocco, but negative business revenue is causing the company to reassess its Moroccan venture. 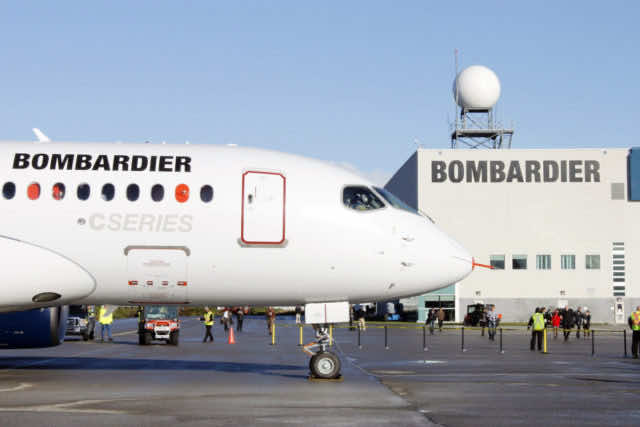 By
Tamba François Koundouno
-
May 3, 2019
Spread the love

Rabat – After the announcement of Bombardier’s planned withdrawal from Morocco and amid concerns about job losses for employees, Morocco’s Head of Government Saad Eddine El Othmani is trying to calm nerves. El Othmani has reassured Moroccans that “no jobs will be lost” as a result of the move.

Speaking earlier today at the opening ceremony of the national conference on the taxation system in Skhirat, a seaside town between Rabat and Casablanca, El Othmani appeared to right what he perceives as an exaggerated account of Bombardier’s decision to sell its Moroccan assets.

No closure, no job losses

In what he called a “clarification” about the situation of Bombardier Morocco, El Othmani said that Bombardier’s move is a strategic reassessment of its investments in Morocco rather than a complete withdrawal.

While not denying that the Canadian aerospace giant will sell its Moroccan plant, El Othmani emphatically pointed out that it does not mean that the plant will close completely. “The factory will remain open and there will not be any job losses.”

Canadian aeronautical giant Bombardier Inc. announced on Thursday its plan to sell its assets in Morocco and Northern Ireland as part of a long-term strategy to consolidate its activities.

But it is also understood that Bombardier, whose latest balance-sheets show negative turnover, is looking to minimize its losses. The move means the Canadian company wants to focus on “more profitable parts” of its business, CBC News reported on Thursday.

Addressing the implications for Morocco’s aerospace sector, El Othmani said the move “had nothing to do with Morocco’s investment atmosphere.”
El Othmani’s point was that Bombardier’s failure to make the most of its Moroccan venture should not be taken as proof that the sector is not profitable in Morocco.

Instead, he pointed out, Morocco’s aeronautical sector is booming, and a number of aerospace giants have already shown interest in acquiring Bombardier Morocco. El Othmani did not provide details about Bombardier Morocco’s potential suitors, however.

According to a number of news updates in several Moroccan outlets, potential clients for Bombardier’s Moroccan plant include Britain’s GNK Aerospace, France’s Airbus, and the US’s Spirit AeroSystems.

Bombardier’s Thursday announcement was a shock to workers and management at the company’s Moroccan branch. The news came just three months after the company started expanding its plant in Casablanca’s Midparc economic free zone.

When the Canadian giant announced the launching of its Moroccan branch in late 2011, it indicated that the “strategic choice” of Morocco was consistent with the company’s vision to expand globally and grow its financial returns.

Most recently, the company’s plan to expand its activities at Midparc entailed a $200 million portfolio aimed at cementing Bombardier’s presence in Morocco’s burgeoning aerospace sector. The company expected to expand its workforce to 850 employees by 2020. The number now is 400.

Bombardier CEO Alain Bellemare acknowledged that the upcoming sale would be painful for partners that had accompanied and trusted expansion plans—but also employees. However, Bellmare insisted, it was the right move to make in the company’s current dire financial circumstances.

“It is the right next step in our transformation,” he said. “The consolidation will simplify and better focus our organization [and] also allow us to better support our customers and generate value for shareholders.”

Belfast-based Bombardier employs approximately 3,900 workers, meaning Northern Ireland would be hit the hardest by the withdrawal of the Canadian giant.

But there were points in Bombardier’s Thursday announcement that echoed El Othmani’s reassuring message. Expressing sympathy with workers, the company promised to assist the employees during the adaptation period.

“We understand that this announcement may cause concern among our employees, but we will be working closely with them and our unions as matters progress, and through any future transition period to a new owner,” read the announcement.