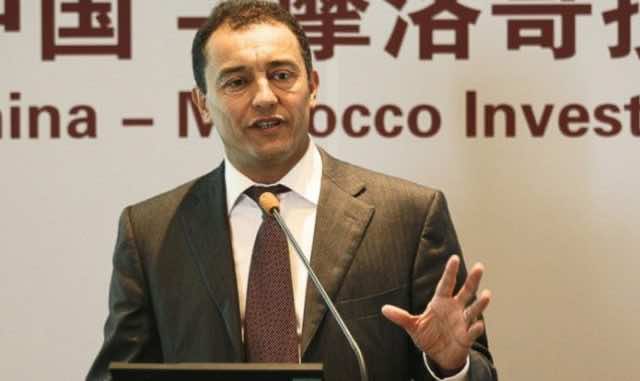 By
Tamba François Koundouno
-
May 4, 2019
Spread the love

Rabat – Ahmed Reda Chami, the newly-appointed president of Morocco’s Economic, Social, and Environmental Council (CESE), has stressed the need for fundamental ruptures to propel Morocco towards the prosperity and sustainability path preached in its new development model.

Speaking yesterday at the national conference on taxation in Skhirat, a coastal town between Rabat and Casablanca, the new CESE president insisted on factoring in both Morocco’s achievements in the economic and financial domain as well as the persisting structural issues holding it back from achieving its full potential.

According to Chami, although considerable—and some positive—changes have taken place in the Moroccan political and economic landscape in recent years, there are still some missing links in the development model. He spoke mostly about improving the taxation system and improving communication between the administration and citizens.

In a talk titled “A New Fiscal System, Pillar of the New Development Model,” Chami laid the groundwork for what he called the “big breaks” from a number of bad, lingering financial habits negatively affecting the health of the Moroccan financial sector.

To rise above its current state to achieve socio-economic prosperity and inclusiveness, Chami argued, Morocco needs a fundamental break from unhealthy fiscal and financial habits.

“I want to insist on the necessity of making the big breaks, including in terms of taxation, needed to liberate our country’s growth potential,” Chami said.

He went on to explain some of the reasons for the continuing fragility of the Moroccan economic infrastructure. Chami’s recipe for the big breaks includes: fighting against tax evasion, nurturing an investment-friendly business atmosphere, encouraging entrepreneurship and inventiveness, and putting an end to the prevailing rentier mentality in most Moroccan circles.

The CESE president proposed a progressive taxation system ingrained in the fundamental notion that success and financial power should come with a higher degree of social responsibility.

Chami’s idea is that the richer an individual or corporation gets, the more socially responsible they should be. The richer one is, the more one should contribute to the collective purse.

According to Chami, no “paradigm change” is possible in a country hungry for socio-economic change without a culture of trust among citizens and between citizens and authorities. The suggestion is that most people will freely pay their taxes if they have zero doubt about whether the government will use collective money for its declared purpose.

“We all want a taxation system that encourages innovation,” Chami explained. “I must insist on this point: Only though innovation will we escape from the trap of the so-called intermediate countries.”

Returning to the pillar of his proposals—social trust—Chami said that what Morocco really needs for the much-expected leap forward is a working “confidence pact” between taxpayers and the government.

Chami believes a pact that reinforce confidence in the country’s social fabric and government institutions will solve both negative fiscal and social habits that have been keeping development and economic prosperity at bay for most Moroccans.

With a pact of confidence between citizens and the administration, Chami noted, the taxpayer will no longer perceive the authorities as ineffective and arbitrary, while the administration will stop seeing in every taxpayer a potential cheater.”