Having providing the intelligence that accelerated the arrest of Easter terrorist bombings’ perpetrators, Morocco helps prevent further strikes in the Asian country.

Rabat – India’s the Economic Times newspaper reported on Friday, May 3, that Morocco had provided Sri Lanka with additional information of a terrorist attack the Islamic State (ISIS) was planning to carry out.

According to the Indian newspaper, “India and its key partner in North Africa, Morocco, have collaborated to prevent further terror strikes in Sri Lanka after the Sunday Easter bombings.”

It described Morocco’s and India’s efforts “as a major success in counter-terror operations in the subcontinent in recent times.”

The same newspaper recalled that Morocco maintains extensive and effective anti-terrorism partnerships with many countries, including the United States, France ,and Spain.

It stressed that India and a number of countries have signed with Morocco agreements on counter-terrorism cooperation.

In February, Rabat and Delhi signed a memorandum of understanding during the visit of Indian Foreign Minister Sushma Swaraj. The memorandum aimed at strengthening cooperation in the fight against terrorism.

Morocco’s counter-terrorism policies have proven very successful in recent years, especially after the creation of Central Bureau of Judicial Investigation in 2015 Moroccan authorities

Along with its deradicalization programs, Morocco’s effort to counter-terrorism has drawn wider worldwide acclaim. Since the creation of the Central Bureau of Judicial Investigations, the country has upgraded its security measures, foiling 361 terrorist attacks and arresting 3,129 suspects, 292 of whom had criminal records.

According to the Indian news outlet, Morocco has a “substantial information bank on ISIS and its network.” 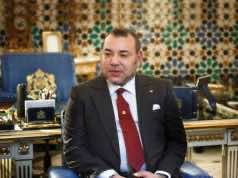 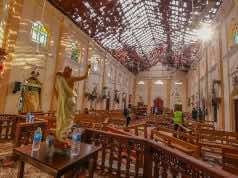