Rabat – Family member of the activists of the popular Hirak Rif protests, which broke out in 2016-2017 in the Northern region of Morocco, met with the Tafra Association for Solidarity and Fidelity on Saturday, May 4, to discuss the Hirak protests.

Among the key points discussed was the forming of a joint commission with the primary objective “to further coordination among the families of political prisoners scattered across different prisons,” the group announced in a press release.

The Tafra association stressed that the overriding principle of the commission is to “preserve the unity of prisoners and their families and stand up against all attempts to divide and scatter them across different prisons.”

In the press release, the association also stated that it holds the DGAPR responsible for the deterioration of prisoners’ health conditions. The document explained how the prisoners are threatening to go on yet another hunger strike should the authorities fail to meet their demands.

Social media users have launched an online petition on Avaaz.org, calling on the the United Nations High Commissioner for Human Rights and UN Committee Against Torture to broker for a general amnesty for all prisoners under Article 71 of the Constitution.

The petition has been signed 9874 times as of this report.

The Hirak prisoners’ trials, which human rights organizations like Amnesty International and Human Rights Watch have criticized for harsh and unfair sentences, have drawn sympathy both at national and global levels.

Last month, 24 European MPs addressed Morocco’s justice minister Mohammed Aujjar a letter , calling for the release of the political prisoners. The European MPs warned against the “deteriorating” health conditions of the prisoners, an accusation that the Moroccan Human Rights Organization has denied. 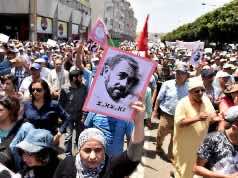 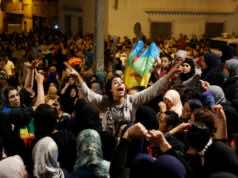 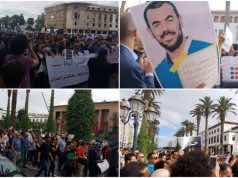