The Moroccan diplomat has raised the tone regarding Algeria’s continuous ignorance of it role in the conflict. 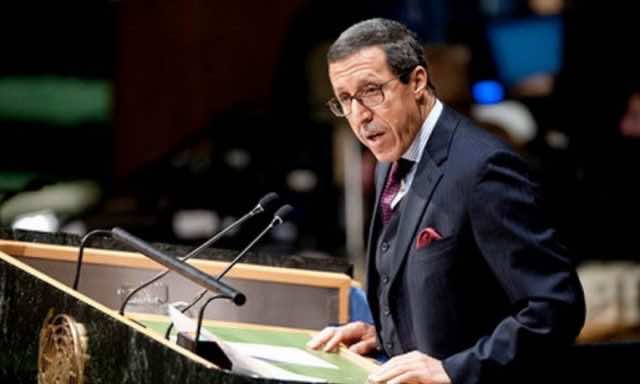 During his participation at the Carribean Regional Seminar of the UN Special Committee on Decolonization, Hilale raised the tone on Algeria’s ignorance of its role in the regional dispute.

The Moroccan official accused Algeria of creating the Polisario Front, giving it “practically an extra sovereign territory in the Tindouf camps – the only camps in the world that are managed by a non-state entity.”

“It is also Algeria which pays Independent Diplomat – a lobbyist group – to write notes, make campaigns for Polisario, and send tweets. Now, Algeria takes part in the round tables. It is quite normal that Algeria, the source of this dispute, remains until its end,” he added.

Algeria took part in the two UN-sponsored roundtables held in Switzerland in December 2018 and Mach 2019. During the two meetings, the Personal Envoy for UN Secretary-General, Horst Kohler, called on all parties involved in the conflict to work constructively and contribute to the UN-led political process.

Algeria’s role was also stressed in the new UN Resolution 2468, which mentioned  Algeria as a main party to the conflict instead of a neighbouring state to the regional conflict. Algeria has long used the language of the Security Council resolution to edeny its role in the Western Sahara conflict. Algeria prefers to be seen as an observer and not a main party to the dispute.

The new resolution, however,  referred to all parties, including Algeria, as integral to the conflict and the search for a lasting settlement. The document called on all the parties to to cooperate more fully to achieve progress towards a political solution.

The Moroccan diplomat also gave background on the history of the dispute, emphasizing that the Western Sahara issue “does not date back to 1963 or 1975.”

Hilale explained that the issue is rather “anchored in the history of Morocco and its identity.”

He also emphasized that the disputed territory was Morocco’s long before the Spanish colonization the late 19th century. The region has “never been a terra nullius but rather a part of the national territory of Morocco,” Hilale asserted.

“This was confirmed by the advisory opinion of the International Court of Justice in 1975, which recognized the existence of ties of allegiance of the populations of the Sahara to the Kings of Morocco and the authority of the Moroccan Sovereigns over this region.”