The Saudi cleric presented the Saudi leadership as the face of moderate Islam, claiming that other countries in the region are conspiring against Saudi Arabia. 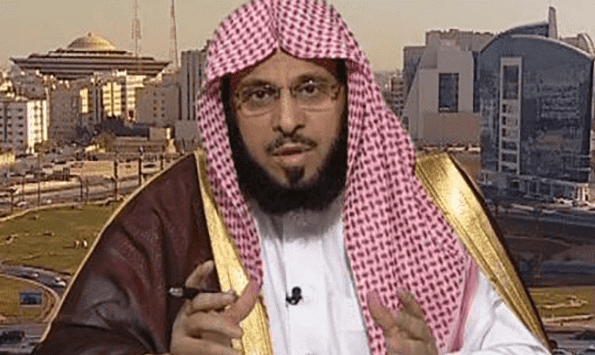 In an interview with the Saudi journalist Abdullah Al Mudaifer, on May 6, 2019, Shaykh Aid al-Qarni publicly apologized for the shortcomings of the Sahwa movement. al-Qarni, a former member of the Sahwa movement is now berating the group’s intolerant take on Islam and calling for a more tolerant reading of Islamic texts.

Sahwa (“Awakening” in Arabic) is an Islamic political trend that came to existence in the 1980s, reaching its peak in the 1990s in Saudi Arabia. Combining elements of Wahhabism and Islamic Brotherhood discourse, the movement is characterized by its extreme interpretations and applications of Islam.

“With all honesty and courage in the name of the [Sahwa movement], I apologize to the community for the mistakes that violated the Quran and the Sunnah and the tolerance of Islam,” Aid al-Qarni said in the interview which was aired on the Saudi channel Rotana Khalijia.

Aid al-Qarni commented that the Sahwa movement “deprived people of the manifestations of joy” by misleadingly referencing “strong religious commitment.”

One example of this deprivation that Aid al-Qarni acknowledged is that “in marriages, they replaced songs and joy with preaching.”

Some of the other “mistakes” that Aid al-Qarni listed include giving more attention to people’s “appearance” over their “heart” and “inner” side. Part of the movement’s misleading interpretation of Islam, according to Aid al-Qarni, entails its obsession with the to “guardianship of society,” dividing people into the “committed and non-committed.”

Aid al-Qarni confessed that “after we have grown up and matured … we discovered these shortcomings.” Having unearthed Sahwa’s extreme and mistaken views on Islam, Aid al-Qarni went on to argue, that he now supports “the moderate Islam open to the world called by the Crown Prince, Prince Mohammed bin Salman.”

Going beyond religious arguments to justify his embrace of the Saudi leadership and its policies, Aid al-Qarni flavored his defense of the Saudi Crown Prince with sweeping geo-political declarations. He accused several countries of “conspiring” against Saudi Arabia.

“I announce it tonight, our country, our leadership, and our people are targeted, by Qatar, Turkey, Iran, and the [Muslim Brotherhood].”

Aid al Qarni announced that he terminated all his connections with Qatar after learning about the alleged “conspiracies” against Saudi Arabia.

Aid al-Qarni’s statements have been met with wide backlash on social media, especially in the Middle East, with critics accusing him of downright “hypocrisy” and “dishonesty.”

“Your real apology lies in presenting a detailed critic’s book from within this movement, in which you reveal in calmness, depth, and clarity its origins, with whom it was associated, how it originated, all its symbols, approaches, scenes and plans,” said Al Qasabi.

Qatari media figure Abellah al Wadeen said that al-Qarni “chose Ramadan as a season for lying and deceit and revealing his ugly face.”