President of the United Arab Emirates (UAE), Sheikh Khalifa bin Zayed Al Nahyan, made an appearance at a gathering of UAE royal rulers, on May 8, after years of absence. 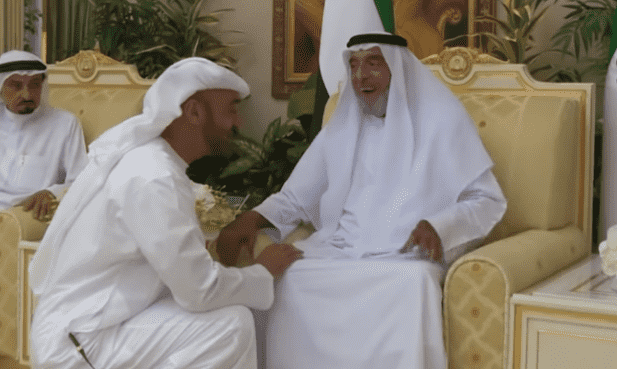 Rabat – Sheikh Khalifa attended a royal media gathering on Wednesday at the Presidential Palace of Abu Dhabi to exchange “greetings on the advent of the holy month of Ramadan,” reported Dubai Media Office.

In 2014, President Sheikh Khalifa underwent an emergency surgery after suffering  a stroke.

Every since, he has maintained a low public profile, with another brief public appearance in 2017.

Sheikh Mohammed bin Zayed is also responsible for UAE’s foreign affairs and diplomacy. He is regarded as the de facto ruler of UAE.

Sheikh Khalifa assumed the presidency of the UAE in 2004. He is also the Ruler (governor) of UAE’s capital Abu Dhabi.