Her fiance is a Moroccan-Egyptian businessman whom she met at Cairo International Airport.

Rabat – Moroccan actress Loubna Abidar, who rose to fame after portraying a prostitute in the film Zine Li Fik (Much Loved), has announced on Facebook that she is preparing for her future wedding.

“I’m back. Ramadan Moubarak to all my Muslim friends. I disappeared for professional reasons. I’m preparing for the Cannes festival, but also for my future marriage. I will give you more details soon,” Abidar wrote in a Facebook post.

The Moroccan newspaper Al Akhbar reported on Friday 10 that Abidar’s fiance is a Moroccan-Egyptian businessman living in France.

The couple first met at Cairo International Airport. Their relation became eventually serious in the ensuing months before the businessman asked her parents for her hand in marriage in Marrakech.

Abidar was married to a Brazilian with whom she has a daughter. The Moroccan actress divorced from her Brazilian husband in 2017.

Abidar became a celebrity for playing a controversial role in a film that sought to reflect a part of the untold stories of some Moroccan women. She received criticism for that role from many conservative Moroccans and was also subjected to aggression in Casablanca in November 2015.

Read also: Behind the Silver Screen: A Conversation with Morocco’s Nabil Ayouch

Traumatized by the aggression, Abidar subsequently left Morocco to settle in Paris.

Abidar is reportedly filming a new movie, Hawa (Eve), alongside many Moroccan actors including Rafiq Boubker. 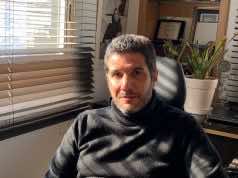