Morocco’s Ministry of Culture and Communication laid out its new strategy to support art and music education this week. 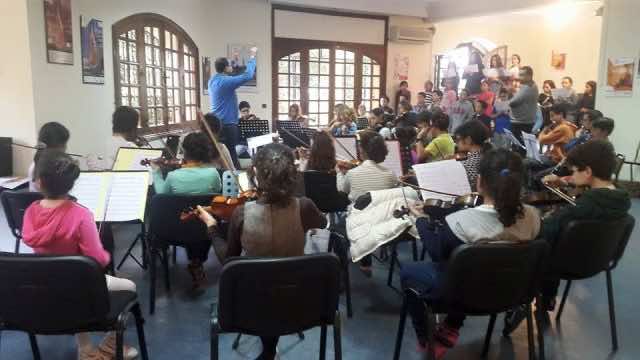 Rabat – Nine new music conservatories will open their doors across Morocco by 2020, the Ministry of Culture and Communication announced in a statement on May 7, National Music Day.

This year, the Ministry has given special attention to music conservatories, as part of a new strategy to boost artistic and musical training in Morocco. Three Moroccan cities—Khenifra, El Kelaa Des Sraghna, and Khouribga—all opened conservatories this year.

The conservatories will open next year in El Jadida, Al Hoceima, Fnideq, Ouezzane, Martil, Taza, Tiznit and Taounate. There are currently 31 music conservatories operating in Morocco, the most prominent being the National Institute for Music and Dance in Rabat.

The Ministry also announced in the same statement the creation of a National Higher Institute of Music and Choreography, as well as new authorization for 15 private musical conservatories across the country.

It said it hopes to allocate additional support to cultural centers around the country and help strengthen ties between them. One strategy will be to organize a new program called “Artistic and aesthetic education, vehicle for cultural development.” The program is organized in different cultural centers through the year, and is set to include workshops and training on a wide range of art, including music and choreography.

The Ministry emphasized that the new conservatories will benefit diverse demographics. It said it plans for the conservatories to be accessible to children, noting the importance of musical training to supplement general education.

The Minister of Culture and Communication, Mohamed El Aaraj, advocated for an increased focus on music, culture, and art in Morocco’s education system at the National Symposium on Arts Education in January. Tuesday’s announcement is part of broader efforts  to realize his vision for Moroccan cultural policy.