Gims said that filming the clip in Marrakech was "a way to pay homage to this city where I was welcomed with open arms.” 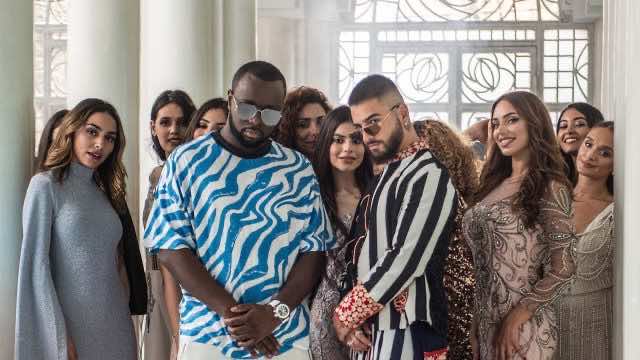 The music video, which was filmed in Marrakech and directed by Moroccan Said C. Naciri, has already had 2.4 million views since its release on Friday, May 10.

The video was shot in just two days and shows some of the best Marrakech has to offer. The first scene displays a large Moroccan flag hanging off one of Marrakech’s typical ochre terraces. The majority of the video shows the two artists and various models getting festive in a traditional riad, with shots of a jet ski session in the Menara basin.

Gims, who lives in Marrakech, told Maghreb Arab Press that the theme of the “clip is very light and very festive, addressing various topics such as courtesy and love.” He further explained, “I wanted to make this clip here in Marrakech where I live, to highlight this millennial city and its enormous tourism potential.”

Gims continued that filming the clip in Marrakech is “a way to pay homage to this city where I was welcomed with open arms.”

As for Reggaeton star Maluma, this was his first visit to Marrakech but he will return to Morocco in June to perform at Rabat’s Mawazine Festival during its opening weekend on Saturday, June 29.