The victim was stabbed on May 10 at the Finsbury Park, Dundrum.

Rabat – The family of the Moroccan teenager who fatally killed in Dublin said that they are “resting hope” in the Irish judicial system to hold the suspects involved in the killing of their son accountable, the Irish Times reported.

The family of Azzam Reguragi has been mourning their loss since February when police found the body of the 18-year old teenager stabbed at the park.

The family of the young man said that the “past few days have been very difficult and challenging.”

Quoted by the Irish Times, the family expressed gratitude for the support it received from the community after the incident.

The family’s statement also acknowledged the efforts made by Garda to identify the suspects behind the killing.

“An Garda Siochana are leading in the investigation to uncover the truth behind our son Azzam Raguragui’s murder.,” the family said.

The family added, “We are resting our faith in the Irish justice system to hold the perpetrator(s) to account.”

Ragragui’s family also requested “privacy” and “space” to allow them to grieve “as a family.”

After the crime, the police ruled out hate crime or racial motives.

The Irish news outlet said that the Clonskeagh Mosque in Dublin will host a gathering on Saturday to pay tribute to Ragragui.

Since Friday, both in Morocco and internationally hundreds of people have reacted to the murder.

The Moroccan Community in Ireland shared a post on Facebook to express solidarity with the victim and his family.

“It is with a heavy heart we have to inform you that our young Moroccan Irish aged 18 was stabbed in Dundrum in an unprovoked attack and unfortunately he has died.”

The Islamic Cultural Center of Ireland also shared a post to announce that a donation page was created to support the victim’s family.

“A donation page has been sent up by Azzam’s friends for a well in his name. A sadaqa Jariya (ongoing charity) for him that will by the Grace of Allah help those it waters in this life and keep increasing the good deeds for our young Brother Azzam InshaAllah.”

On  Monday, Irish police stated that they have identified one suspect in connection with the murder. However,  as yet no arrests have been made.

Investigators are in contact with the suspect and his family.

The 18-year-old Moroccan victim was killed while walking to a breaking fast ceremony held in a local mosque. 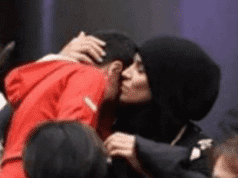 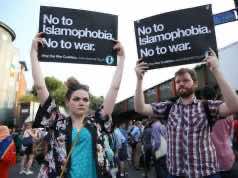