The first phase held in Washington D.C was dedicated to business. 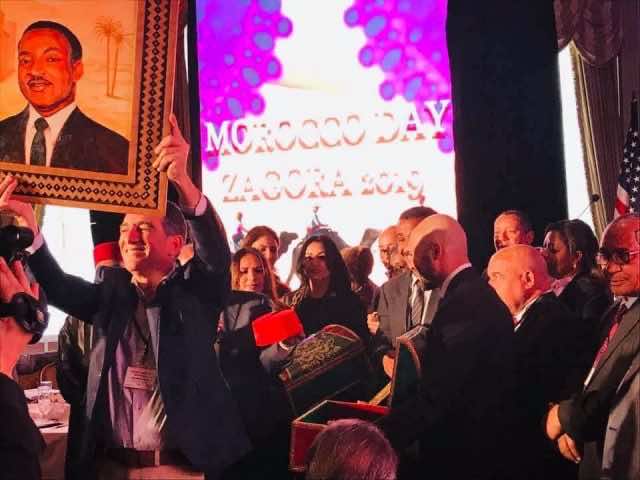 Rabat – The city of Alexandria in Virginia will host the second phase of Morocco Day, an event to pay tribute to Morocco’s culture and diversity in the US.

The cultural symposium, which will be organized by the Moroccan American Network,  will take place on June 8-9.

The Moroccan American Network is an organization dedicated to creating business opportunities for Moroccan small enterprises in the US and were responsible for the Morocco Day event held in Washington D.C.in March.

The festival in Alexandria will celebrate Moroccan culture and music, with representatives from the Moroccan city of Zagora as guests of honor. Government delegates from Zagora were the guests of honor during 1st annual of Morocco Day symposium held on March 29.

Morocco Day on March 29 featured the business potential in the Zagora region. The city is known as the gateway to the Moroccan Sahara, the Zagora region, 350 kilometers southeast and across the Atlas Mountains from Marrakech.

The festival in Alexandria is thanks to the city’s mayor Justin Wilson, who proclaimed June 9 an annual day to honor Morocco’s culture and history.

The festival will feature Moroccan Gnawa music and dance, in addition to jazz and art shows. Head of Zagora region Abderrahim Chahid told Morocco World News that Morocco Day in Alexandria will “feature Zagora’s heritage and folklore music, including one of the popular music bands Rokba led by maestro Karfaoui.”

The festival will also feature Moroccan artist Nouamane Lahlou, who dedicated a song to Zagora.

The festival will showcase youth bands, including Draa Tribes, who mix modern and traditional music of the region, including jazz and Gnawa.

The decision to announce June 9 as a day to honor Morocco’s culture comes after Mayor Muriel of Washington D.C. Bowser announced that every March 29 will be Morocco Day to celebrate the diversity of the North African country.

The network will put a spotlight on each of the 12 regions of Morocco over 12 years in the Morocco Day symposium which will take place annually on March 29.

The network told Morocco World News in a previous statement that it is considering several Moroccan cities for the second annual Morocco Day which will take place in March 2020.