Contractual teachers’ coordination calls for a two-day strike. But most teachers take issue with the move, saying it is “of no use.”

Rabat – The Coordination of Teachers Forced into Contract (CNPCC) released a statement on Monday, May 12, declaring a two-day strike from May 13-14.

The statement came after the latest round of talk it held with the Ministry of Education, suggesting negotiations with authorities have so far failed to meet the teachers’ expectations.

According to the statement, the call for strike is fueled by the government’s “indifference, disregard, and procrastination.” The coordination explained that authorities have been deaf to some of teachers’ key demands, among which is the abolition of fixed-term contract.

The coordination also called on contractual teachers to boycott professional qualifying examinations, pinning hopes on the next round of talks with the Ministry of Education expected on May 23.

However, contractual teachers expressed reluctance over the coordination’s call, dismissing the move as counterproductive.

A contractual teacher who spoke to Morocco World News noted that the reason behind their reluctance is that teachers have grown distrustful of syndicates.

He said, “syndicates are sell-outs because they betrayed contractual teachers legitimate demands.”

Both the ministry and contractual teachers’ representatives seem to be at cross purposes despite holding a series of meetings in the past weeks. There have been no satisfactory outcomes from the latest rounds of negotiations as both parties remain inflexible on their positions.

Teachers’ representatives have stressed the importance of sticking to the agreements made in the April 13 and May 11 meetings. They say the government has failed to commit to the conclusions of the two meetings and has continued its punitive administrative measures against some teachers.

The government has denied the accusations, however. Meanwhile, the situation gets more confusing with no results achieved so far since the protests broke out on February 20. The current atmosphere suggests there is more escalation looming in the near future.

Teachers resumed classes on April 15 in response to urgent demands from students’ parents associations. But whether that signaled a drift towards more positive changes in the teachers-government deadlock depends on the next round of talks scheduled for May 23. 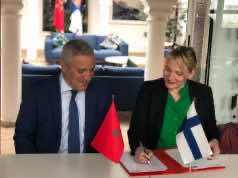 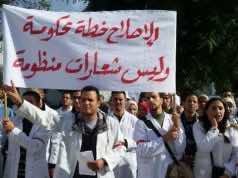