For more than three decades, Mohammed Belhaj has been taking the same hour-long walk to his all-English bookshop, the only one of its kind in Morocco’s capital city.

By
Anton L. Delgado
-
Anton interned with Morocco World News as a news correspondent and staff photographer from March to May 2019.
May 19, 2019
Spread the love

Rabat – If you don’t have wrinkles on your forehead, says Mohammed Belhaj, the books you’re reading aren’t making you think enough. This is one of the many book-related life mottos the owner of Rabat’s only all-English bookstore lives by.

On most days sunlight streams into Belhaj’s narrow shop as he affectionately dusts off spines and meticulously checks that each book is placed on the right shelf. The wrinkles on his forehead are accentuated by the beams of light reflecting off the glasses perched on his nose.

“These are all of my children,” Belhaj told Morocco World News, gesturing at the—by his own estimation—10,000 books in his store. “They make me feel all the emotions between happy and sad. They shape my personality every day.”

The business of books

Throughout his adolescence and into adulthood, Belhaj remembers constantly struggling to find English books to read.

At the age of 44, Belhaj had enough of what felt like an eternal struggle and opened Rabat’s first and only all-English bookstore in 1985.

That same year, Mikhail Gorbachev became the leader of the Soviet Union, Calvin and Hobbes comic strips had just made its debut, and Nintendo was released. Ever since, Belhaj’s regiment of books has grown a tenfold, his hair has gone white, and the word he would use to describe Rabat would no longer be “sleepy.”

One of the only things that hasn’t changed is how he runs his shop.

Like many of his generation, born during the height of World War II, Belhaj has stubbornly refused to go digital—everything in his shop is done by hand. Even though he acknowledges some of the positives of digitization, Belhaj has remained an ardent believer in the power of the human mind.

Spend enough time flipping through his books and you’ll land on at least three pages that have been carefully hand-stamped with the store’s logo. Peruse the aisles long enough and you’ll hear the rustle of his hand-written inventory list.

“My mind is my computer and my hand is my mouse,” Belhaj said.

Each day, Belhaj says, he can make from around one to 30 sales. He hardly keeps track, however. Having already lowered the prices of most of his books to make them more affordable, he focuses on his interactions with customers.

“There is something spiritual about the relationship between the owner of a bookstore and the people who buy his books. There is a blind trust between the two. They trust me to provide them  the best books and I trust them to keep me in business,” Belhaj said, gently tapping the tome he records all his sales in.

Belhaj orders all of the store’s books directly from the publisher, his wishlist is based on recommendations and requests of customers.

“There is nothing quite like the look in someone’s eyes when you finally get to give them the book they wanted,” Belhaj said. “It’s a look that never gets old.”

While the look remains the same, the customers giving them to him have changed throughout the years.

During his first decade of business, Belhaj recalls, that his contingent of customers overwhelmingly consisted of foreigners. Most of them were young, adventure-hungry travelers traipsing around Morocco in desperate need of something to read on the next bus, train or plane.

Through lengthy conversations, Belhaj learned that most of these travelers were inspired to visit the North African kingdom by the words written by literary icons such as Paul Bowles, George Orwell and Tennessee Williams.

Their literature brining legions of adventurous youths to Morocco is a fitting illustration of Belhaj’s faith in books. The inescapable relevance of authors like Bowles, Orwell and Williams, he argues, is proof of literature’s enduring impact on people’s perceptions and imagination.

“Their writings changed how the world saw Morocco,” Belhaj said. “Suddenly, it wasn’t such a scary or foreign place.”

According to Belhaj, the influence of their writing was undermined by the terrorist attacks on Sept. 11, 2001, which set back the improving image of Morocco and the Middle East.

Ever since the collapse of the Twin Towers, the number of foreigners visiting his shop has gradually dropped. Fortunately for Belhaj, the Orwell, Bowles and Williams-inspired foreigners have been replaced by new customers: local Moroccans.

In Morocco there is now a slow but steady growth of interest in English books, Belhaj explained, especially among Moroccan youth.

Moroccans regularly come in to Belhaj’s shop to peruse popular titles such as “The Hobbit” by  J. R. R. Tolkien, “The Subtle Art of Not Giving a F*ck” by Mark Manson and “Into the Wild” by Jon Krakauer.

“The world is getting smaller and English is becoming more popular in Morocco. It already is popular,” Belhaj said. “I can see it in my sales.”

Despite gaining independence from France in 1956, Morocco has continued to use French as one of its three nationally recognized languages—the other two being Arabic and Amazigh (Berber).

French is still currently used as the primary language in both public and private Moroccan education institutions.

But in recent years, with more international companies investing in Morocco, there has been a push to integrate English into the education system, Even if that seems unlikely in the near future.

“French will remain the second language in Moroccan public schools, at least throughout the next ten years,” Said Amzazi, minister of education, said during a press conference in January 2019.

According to Education First’s English Proficiency Index, Morocco is currently ranked 67th out of 88 countries studied—falling within the “Very Low” proficiency category.

Amzazi claims it will take Morocco at least another decade to build a large enough base of qualified English teachers before it can commit to integrating English into the country’s curriculum.

Despite the not-so-encouraging figures, Belhaj is confident that interest in english will continue to grow.

“I’ve been in business for many years now because interest in English keeps growing,” Belhaj says. “And you can’t fight growth.” 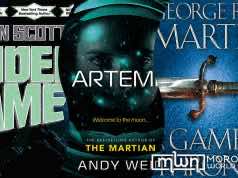