Rabat – Internet users have launched the hashtag, #Qhertouna, (you exhausted us) on Facebook to condemn the illegal and widespread presence of unauthorized car parking valets. Moroccan drivers are fed-up of paying unofficial car parking attendants.

The valets, who hold no official badge from the authorities, are charging Moroccan drivers to park on the streets.

Drivers are calling on authorities to intervene to fight against the “fake” car parking valets by regulating the sector and putting signs on monitored streets with fees.

Motorists are arguing the state should pay the parking valets since drivers already pay the circulation tax which should cover parking in public spaces.

Some drivers wrote on Facebook that they found themselves obliged to give MAD 2 to valets several times a day.

On a Facebook page supporting the campaign, drivers said that anyone wearing a yellow gilet can become a valet and if something happens to the car, the unofficial attendants evade responsibility.

Parking in the cities is already chaotic, especially in the summer when people are more mobile.

For instance, at many Moroccan beaches, self-appointed valets are asking drivers to pay between MAD 10 and MAD 20 for parking.

In Rabat, drivers experience similar situations during the Mawazine festival. Drivers are asked to pay from 10 to MAD 20 In order to park their cars in neighborhoods near the festivals’ stages.

In these cases, drivers find themselves having to choose between arguing the charge or silently accepting it for the sake of convenience. 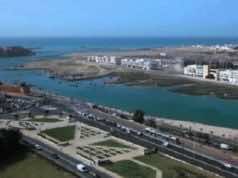 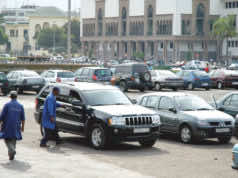