Each evening, tables all over the country groan with chebakia, harira, and gallons of mint tea. 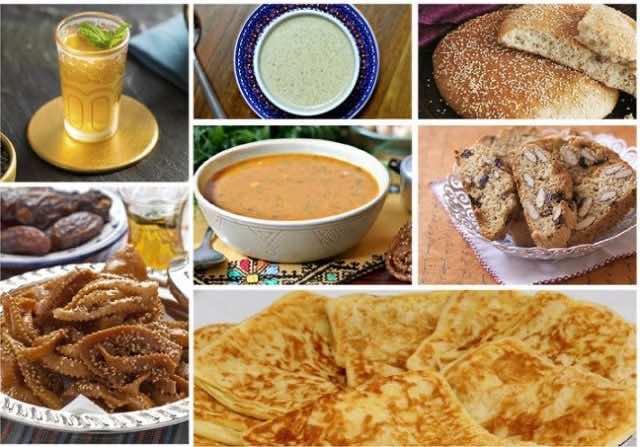 By
Maddy Raven
-
Maddy Raven is a British student studying history and politics and living in Rabat.
May 31, 2019
Spread the love

Rabat – As Muslims all over the world settle into their new Ramadan routine, here in Morocco the streets are filled with the smell of sweet pastries, aromatic soups, and freshly baked bread. With Ramadan- the holiest month in the Muslim calendar- comes a time of restraint, self-reflection, and observance. It also hails the beginning of a month filled with delicacies from kitchens all over the country and offers a wonderful insight into the delights of Moroccan cuisine.

As a first-time observer of Ramadan, I’ve noticed in particular the change in food on Moroccan tables: the sudden surge in the presence of chebakia, mountains piled high, and the emergence of every kind of briwat imaginable. One of my favorite times of day now is the quiet, peaceful moment before the sounding of the cannon to signal the beginning of iftar, the evening meal.

Each day, as the whole of Rabat, rushes around to buy food for their tables, I observe what Morocco will be feasting on. Flitting from one stall to another, the suq comes alive with people bustling about, filling their bags with giant watermelons that line the streets and fresh msemen made before your eyes. Hands dip in and out of overflowing spice sacks – with everything from saffron to ras el hanout –  and a chorus of cries from vendors is met with responses from hungry customers.

Aptly known as ftour, meaning breakfast in Moroccan Arabic, this is exactly what will happen in a few hours – the breaking of the fast. The food eaten at iftar differs somewhat from the morning meal, suhoor.

At both mealtimes, families come together to share food and socialize after a day without food or drink. Iftar is usually a heavier meal than suhoor, owing to it being the first food in over 12 hours. The delicacies served at both meals, however, reflect the rich cultural past of Morocco and showcase some of the best dishes the country has to offer.

A tradition in many Moroccan families is breaking your fast with three sips of water and eating a date. Dates play a big part in Moroccan cooking all year round, but they’re found in abundance during Ramadan. The date palm is regarded as the “tree of life” in the Story of Genesis in the Quran, which accounts for their ceremonial presence as the first thing to taste at iftar.

A healthy way to break the Ramadan fast is with soup. Harira is made with chickpeas, tomatoes, and lentils. Like with any popular dish, the recipes for Harira differ from family to family, with different methods being handed down for generations. A delicious, hearty, soup, harira is the traditional way to break the fast. 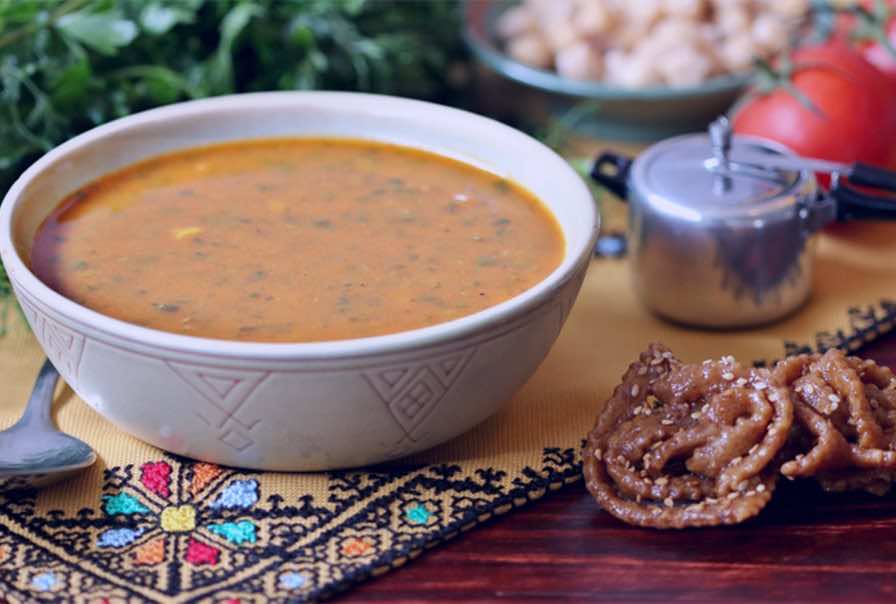 Another favorite is hssoua belboula, made with milk, barley, and cumin. A filling soup that is rich and creamy, it’s perfect after a day without food. This is served at both iftar and suhoor.

We all know Moroccans love semolina, and this is what they put in one soup along with milk, honey, and anise seeds. Quick and easy, some Moroccans go heavy on the honey to make it extra sweet.

In the days leading up to Ramadan, my neighbor would fling open her kitchen windows and the smell of homemade almond briwats would slowly waft out. Finally tasting these puff pastry delights, I understood why she had been making batches to last her and her family all through Ramadan.

The Moroccan sweet tooth comes into its own throughout the month of Ramadan, with chebakia and sellou found on almost all iftar tables. Chebakia, a small sesame cookie, comes in the shape of a flower and is fried and coated with honey. Sellou, also known as sfouf, is a unique sweet made from flour and fried almonds and often contains other nuts and spices.

Fekkas, a biscotti-esque cookie, is found in all different shapes and flavours. A common version is with almonds and raisins, as is the way in Fez with the tradition of serving children Fekkas in a cup of milk for breakfast. Their sweet orange-water smell gives them away instantly as being a Moroccan Ramadan staple.

Getting to the bulkier foods now, iftar is incomplete without some form of carbohydrates. Round flatbreads known as khoubz often replace a knife and fork in Morocco, and double as brilliant edible sponges to mop up every last delicious taste left on your plate. 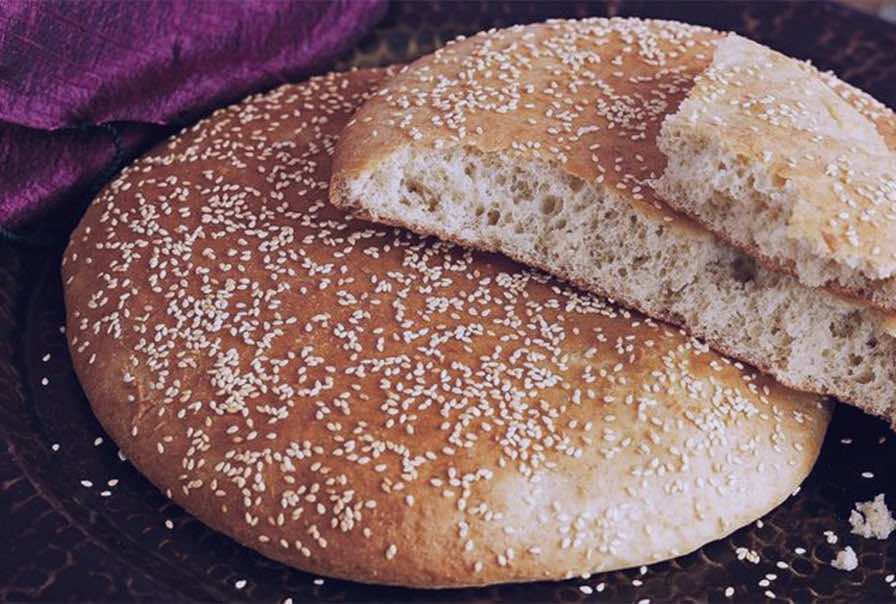 Msemen is a regular at iftar, as it is all year round in Morocco for both breakfast and an afternoon snack. Served sweet with honey, amlou or jam, msemen can also be made with kefta (ground beef) to make a mouth-watering savoury alternative.

Similar to mesemen is meloui – also known as rghaif. Made from half semolina and half white flour, meloui is folded into strips before being rolled up – just like the carpets you see lining the suqs. It’s flattened, cooked, and served simply with butter or honey.

Beghir, Morocco’s answer to French crepes, and hercha – another year-round favorite – are also enjoyed at iftar and sehoor. Batbout, also called mkhamer, toghrift or matlou, is a soft, chewy bread that acts as a good sandwich filler.

As well as all of the above, there are other favorites that appear at iftar and suhoor. Boiled eggs are common and are a great source of protein and fat. Jben, a fresh Moroccan cottage-cheese, is also served. For Moroccans living along the Atlantic coast, fresh fish is commonly served as well.

The table would be incomplete without a large tajine for everyone to share. Be it fish, chicken, lamb or vegetable, a big dish for everyone to tuck into is a must, and a symbolic way to show the essence of Ramadan as a time for sharing. Named after the dish in which it is made, people will often add fruit such as dates and raisins, as well as aromatic spices. Traditionally used by Morocco’s first inhabitants, the Amazigh, the tajine is at the heart and soul of Moroccan cooking.

After a whole day without drinking, it’s important to rehydrate. This is done in style during Ramadan, with tea, fresh juices, and smoothies all featuring. Avocado milkshakes are a delicious and satisfying choice after fasting. Alternatively, many Moroccans swap the Avocado for the popular Middle Eastern orange and dried apricot smoothie known as qamar el-deen.

Mint tea, a constant in any Moroccan’s diet, is always served with food at both iftar and suhoor. Would any Moroccan meal be complete without it?