In the context of learning English as a second language, active verbal participation on the part of the students is essential.

Rabat – It is widely believed that when students are encouraged to speak the foreign language in the classroom setting, either with their teachers or classmates, they find themselves participating in the “negotiation of meaning.”

In other words, they are forced into clarifying their thoughts, intentions, and opinions by expressing them.

As a teacher, I have observed many students abstaining from active class participation. This phenomenon in EFL classrooms is widely recognized by teachers and practitioners. Opinions vary but many teachers agree that the reasons for this phenomenon are complex and multi-faceted.

It stands to reason that the solutions will need to be just as complex and many-layered to be successfully understood and implemented.

By choosing this topic for discussion I hope to pinpoint the main causes behind the phenomenon and humbly put forward possible solutions to help increase students’ level of classroom participation.

The classroom is the most formal setting for teaching and learning processes. This is the context in which the interaction between teachers and students takes place and learning goals are set and achieved.

Many practitioners and experts in the field of English language teaching have stressed the importance of students’ oral participation in the classroom. Interestingly, Petress (2001) contends that low student participation in classrooms is detrimental to the progress of the students and impedes the teachers’ ability to successfully assess students’ progress.

Jackson (2002) argues that classroom participation provides the setting in which students can construct and shape identities as members of the classroom. When students do participate in class and have contributed to the discussions; they feel that they are appreciated by their peers and that what they say is important to the teacher.

Participation is of utmost importance in language classrooms for it adds interest to the learning and teaching process. Sometimes it’s hard to retain the attention of a group of students when the teacher is doing all the talking. Concentration can be preserved by a more interactive approach.

Liu (2001) elaborated on four types of student behavior in the classroom as full integration, participation under conditions, minimal interaction, and silent observation.

These often lead to a decrease in student participation and interaction with other students and instructors, resulting in them speaking up in class only when given no alternative.

In this section, I will propose some of the causes that make students reluctant when it comes to participation. First, many students are not really linguistically well-equipped enough to hold a discussion and express themselves freely.

They find it hard to express themselves in English. Many of my students began this year not having attended English class regularly the previous year because, as some of them said, they had lost interest.  This has, unfortunately, made them ill-prepared to carry out discussions in English at the level they should have reached.

They simply aren’t linguistically prepared, which makes their reluctance to participate in class understandable. They aren’t yet capable of holding even a short conversation, let alone give their opinions and express themselves freely in front of the class. In fact, they are always telling me that they don’t understand what I am saying. How can they be expected to interact in class? The majority of students can’t and, sadly, they can’t be expected to either.

Read Also: French Vs. English: How Morocco Is Debating Foreign Languages in Schools

The second reason is the teacher’s use of elicitation or questioning.

When the school year began, I would ask students questions, not paying attention to diction. Session after session, I realized that I had to simplify my language and even noticed that I was beginning to use my body language appropriately to try and convey the meaning of what I was saying to my students. Clearly, when students don’t understand the question, they play it safe and abstain from participating in the classroom.

Thirdly, shyness can explain students’ limited participation. When I ask my students a question, I’m convinced that some female students know the answer, yet they remain silent.

Shyness is an influencing factor which could affect students’ participation. However, shyness is a behavior that could be the result of any or a combination of the following factors: social introversion, lacking confidence in the subject matter, and/or communication apprehension.

The latter is defined “as the level of fear or anxiety associated with either real or anticipated communication with another person’’ (MacCroskey, 1977). In other words, some students can’t raise their hands and speak in front of their peers and in the presence of the teacher because they are afraid of others’ reactions.

The fourth factor behind low participation is Poor Pronunciation. In fact, this appeared to be a huge source of stress for learners in my class. It is an important issue across language groups because of its immediate effect on interaction.

When you sense somebody does not understand you, your reaction is immediate. You feel you need to improve your pronunciation within a second, which is often hard and stressful. As a result of this performance anxiety, learners become more self-conscious about their pronunciation when they speak in the class and I have noticed that they feel embarrassed if they mispronounce a word.

There are times when I asked my students to read a passage of text out loud. No one volunteers because they are afraid of being laughed at or of being criticized by others due to inaccurate pronunciation. This section will touch on suggested solutions for students’ low-class participation.

As far as solutions for the issue of low classroom participation are concerned, it has to be admitted that the teacher alone cannot be held accountable for the issues inherent in the Moroccan educational system in general; among them is limited student participation in the classroom. The best the teacher can hope for is to create an atmosphere in his/her classroom that is free from the challenges explored above.

Students at school need to feel good about being in the classroom.  The way to start creating this feeling is for the teacher to establish a safe environment in the classroom from the first day.

The idea of being in a classroom is to learn. If students already knew everything, there would be no need to be there. It should go without saying that perfection is not expected, especially in the beginning. The teacher should present himself or herself to the students as a guide, someone who is there as a facilitator to learning.

All students should consider themselves starting the school year at exactly the same place, square 1, so to speak. It’s my belief that when students see themselves and their classmates on the same level from the get-go, they will begin to relax about presenting a perfect exterior.  I think that it’s also critical for the teacher to set ground rules in the class that establishes it as a safe zone for everyone.

Zero tolerance on ridiculing students who participate, because of a missed pronunciation or a misinterpreted meaning, will create a more comfortable place in which the students to participate more freely.

If there is no fear of criticism, walls of shyness and apprehension collapse and students feel encouraged to participate actively. Like a party where no-one is dancing, it only takes one brave soul to get it started. Soon the dance floor is full and everyone is enjoying the experience, so to speak. Learning should feel the same way, I believe.

When teachers are presenting the lesson to students, it’s important to pay attention to their body language. Are they following you? Are you using the vocabulary they understand? Their faces will tell you everything. When you notice you are losing them, simply stop and take a reading of the class.  Ask if they are following, ask what needs clarification. I do not continue until I know I have got them all back with me.

There are still a handful of students who will struggle with shyness, no matter how safe a teacher makes their classroom environment.  Sometimes these kids will need one-on-one encouragement from the teacher; that is to say, the teacher has to approach these students face to face and tell them that there is nothing they should fear and that they should feel free to make mistakes.

The Teacher can do that but in a low key way, so as not to call attention to it so that they don’t feel spotlighted by the rest of the class.  They should be quietly encouraged to feel relaxed when they make mistakes. The teacher has also to assure those shy students that mistakes are learning tools they need to make friends with.

Teachers can also help inspire classroom participation by creating fun, interactive activities to present the curriculum.  Education is a serious business, to be sure, but there is a lot to be said for bringing in activities to shake what can become predictable, staid lessons such as suggesting competitions and using humour in the classroom.

I have tried these fun activities and came to the conclusion that I had more students participating in class than ever. As long as the curriculum obligations are met, teachers should try to introduce games, fun competitions and role plays into the class to get students excited.

Sometimes when they are having fun they don’t even realize they have learned something until the class is over. In the case of tests or exams, teacher should create a bonus system for extra grades to help motivate them to reach beyond what they think they are capable of.

In addition, I had some students who misbehaved in the beginning of the year, but session after session I managed to get close to them, I talked to them and they shared their problems with me.educational After that, those students felt that I care about them and they appreciated that. They told me that they want to change their lives and want to study, I encouraged them and they started doing all the things I told them to do, like bringing their copybooks and textbooks.

They started participating in my class even though they have very poor English, but I kept encouraging them. To conclude, teachers have to get as close as possible to their students and help them to understand that the teacher is there to guide them and encourage them to learn. 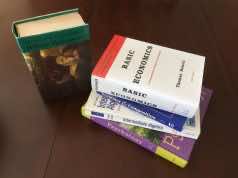 Can Morocco Shift to Teaching in English in its Schools? 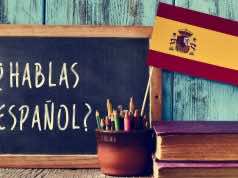