Demand for the Nike Pro Hijab rose 125% in one quarter, according to Lyst, the largest global fashion search platform. 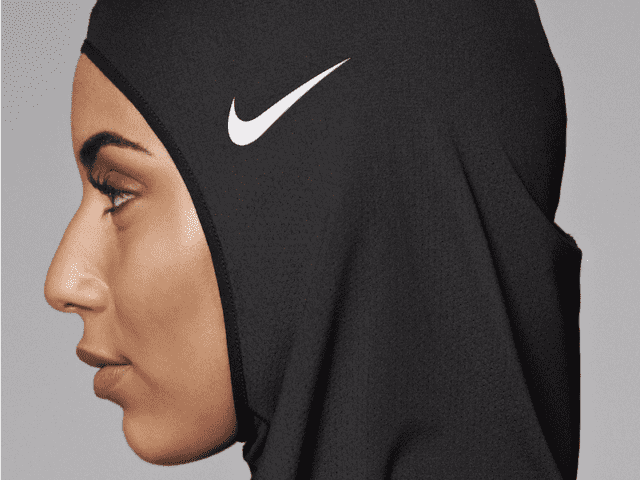 Rabat – The Nike Pro Hijab currently ranks at number seven on the list of the world’s most popular items in fashion, according to the largest global fashion search platform, Lyst, in their Lyst Index, which claims a 125% rise in demand this quarter. The athletic wear hijab, released December 2017, remains a popular product after making headlines for being one of the first of its kind.

A triggering factor behind the demand for Nike Pro Hijab is that French retailer Decathlon canceled its own athletic hijab, called Kalenji Hijabi, due to negative feedback, including threats and complaints.

Those in opposition to the product include politicians Agnes Buzyn, the Health Minister for French President Macron’s administration, and Aurore Berge, from Macron’s centrist party, La Republique En Marche. Berge even encouraged people to boycott Decathlon’s stores. However, Fiona Lazaar, an MP from Macron’s centrist party, tweeted her disappointment when Decathlon finally withdrew the item in France due to “racism” and “Islamophobia.” The Kalen Hijabi is still available for sale in Morocco.

Given that the Nike hijab is still on sale in France and other countries in Europe, North Africa, North America and across the Middle East, it has little competition from other well-known labels. The Nike hijab is on the Lyst list of the “hottest” items, with the political statement that sport should be more inclusive to Muslim women helping its momentum.

“Now that Nike has released this line of headgear, the hope is that FIBA, and the sports world at large, will start making Muslim women a priority, too,” wrote columnist for ESPN, A. Davidson.