Outrage breaks out among witnesses of the maltreatment of a Filipino worker in Saudi Arabia. 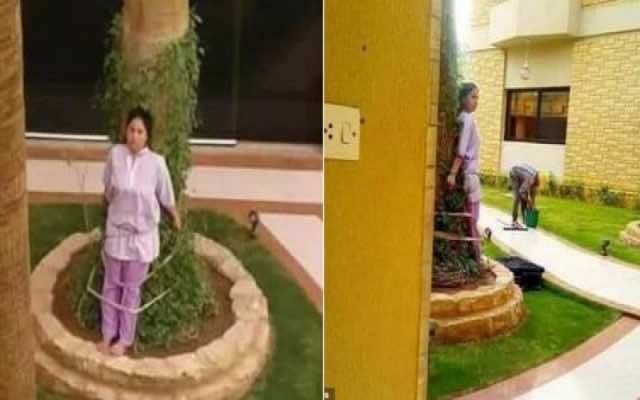 Rabat – 26-year-old Acosta Baruelo was tied to a tree for punishment by her Saudi Arabian employers, for allegedly leaving an expensive piece of furniture in the sun.

Her employer stated that he had tied her to a tree in order to make her ‘taste the effects of sun’s heat.’

The issue was reported to the Philippines Department of Foreign Affairs (DFA) and Acosta was returned home. This was not the first incident reported to the (DFA); there have been multiple cases similar to Acosta’s, however other victims have not been able to return home.

Due to a lack of direct communication, the DFA is not able to make contact with the necessary individuals or entities to successfully impact on the status of female domestic workers.

Lack of information on the workers is half the barrier in most cases of abuse. When an employee abroad is in trouble with the employer, they do not have the option of seeking aid from recruiters.

To extract these migrants from the dire situations they find themselves in is a difficult task in itself.

Renato Villa, of the DFA Office of the Undersecretary for Migrant Workers’ Affairs, explained that “after a domestic worker is deployed, the next of kin and the embassy seldom have access or communication with the worker. Foreign cultures and laws, particularly in the Middle East, have strict privacy practices and provisions,” explained Villa.

“Usually, an embassy official has to go through the police authorities before being allowed to talk with or meet the Filipino, much less rescue her from the clutches of an abusive employer,” he added.

The DFA is currently working with the President of the Philippines to help create a future where there are enough jobs in the Philippines that working abroad will become a choice rather than a necessity.