Libya threatened with further conflict as members of parliament call for a withdrawal from the Skhirat Agreement. 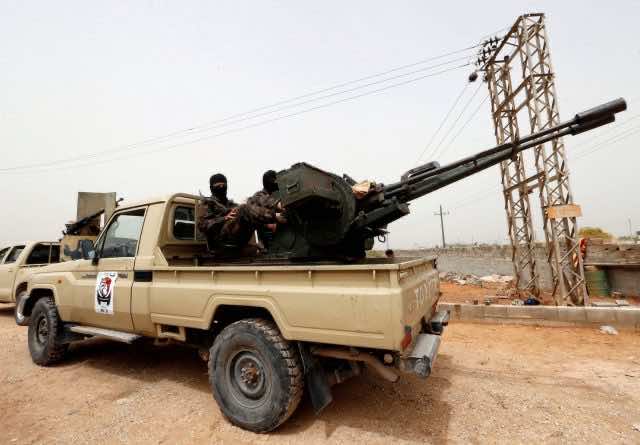 Rabat – Signed atop the bodies of the tens of thousands of Libyans killed during the numerous conflicts since 2011, the Skhirat Agreement was never more than a thin bandage covering a large wound. However, what little order the agreement did establish is under has become threatened as several members of the Tobruk Parliament call for Libya’s withdrawal from the agreement.

On Sunday, May 19, 44 members of Libya’s House of Representatives in Tobruk released a statement rejecting the UN-brokered Skhirat Peace Agreement signed in Morocco in 2015.

“We call on the [House of Representatives] to officially announce the withdrawal from the Libyan Political Agreement of Skhirat,” the MPs explained along with the statement.

Through denouncing the Skhirat Agreement, the statement also declared all political entities created by the agreement as illegitimate, including the current Government of National Accord (GNA) interim government headed by Fayez al-Sarraj.

The move is just one of many by the Tobruk government to further fuel hostilities between the House of Representatives and the provisional government under al-Sarraj.

Much of Libya and the rest of the world breathed a sigh of relief following the overthrow of Muammar Gaddafi’s regime, anticipating that the end of the war would end the bloodshed that had overtaken the country for 8 months. Yet, the death of Gaddafi only perpetuated the bloodshed, leading the country into years of factional conflict and ultimately culminating in the Second Libyan Civil War.

The Second Libyan Civil War first erupted in 2014 with the outbreak of violent fighting between the Libyan National Army (LNA) and Islamist forces in Northern Libya. Following a military offensive against Islamist forces, the General National Congress (GNC) – the successors of the transitional government following the First Libyan Civil War – condemned the LNA, generating conflict between the two parties.

Thousands were killed in the ensuing conflict before the United Nations intervened, resolving to accomplish peace with the Skhirat Agreement.

Signed in December 2015 in Skhirat, Morocco, the Libyan Political Agreement was designed to unify the divided governments by establishing the Government of National Accord and allowing the House of Representatives to exist as the main legislative body of Libya.

However, before the ink used to write the treaty had even dried, conflict broke out when Islamists associated with Daesh (ISIS) launched a string of attacks in the country.

As the militants fled the country, a glimmer of hope emerged that the war would be coming to an end; however, irreparable conflicts between the House of Representatives in Tobruk and the GNA in Tripoli arose shortly after.

Libya fell into disarray once again as the House of Representatives, maintaining control over the LNA, waged war against the GNA and remaining loyalist forces.

When Libyans first took up arms against one another in 2011, the hope of peace still lingered in the minds of revolutionaries and loyalists alike. Now, more than eight years have passed, but the conflict continues to violently smolder across the Arab nation.

The Libyan National Army, loyal to Field Marshal Khalifa Haftar and the Tobruk government, controls the entire eastern Cyrenaica region, as well as most of the southern Fezzan region and northwestern Tripolitania region.

The Government of National Accord, backed by loyalist militias and international support, controls much of the Tripolitania region, including the major cities of Tripoli, Misrata, and Sirte.

Libyan blood continues to paint the region red, and prospects for sustainable peace are rapidly receding as fighting expands and intensifies, especially as it continues to be prodded by international actors.

In April of this year, the LNA launched an offensive to seize Tripoli from the internationally-backed GNA. The assault, code-named “Operation Flood of Dignity’ has seen the LNA seize large portions of GNA-controlled Tripolitania, with Haftar’s forces sitting on the edge of Tripoli preparing to take the city as well.

As the fighting intensifies, there have been numerous reports of war crimes, as well as the use of drone strikes in civilian areas by LNA forces. Though Haftar’s forces lack access to equipment capable of launching these air strikes, reports have alleged that the UAE has been providing aid to the LNA, including drone equipment.

“The air war in Tripoli has officially entered a dangerous new phase and has become [a target of attack] by a foreign invading power: the UAE,” said Anas El Gomati, Director of the Sadeq Institute, a Libyan thinktank.

“Libya is still Libya, but it’s on the verge of becoming a Yemen on the Mediterranean. Haftar’s promise of enduring peace and stability is a myth. UAE drone strikes cannot deliver unity.”

The LNA has also allegedly received aid from Saudi Arabia, with reports emerging that Riyadh had offered Haftar “tens of millions of dollars” to purchase troops and equipment for the invasion.

More than 75,000 people have fled their homes in Northwestern Libya in the last two months due to the siege, and hundreds have been killed in the violent fighting both in and around the city. Meanwhile, thousands more are unable to flee, as the Tripoli airport has been shut down by authorities, leaving the city’s 2.5 million citizens stranded.

As the invasion continues to grow more intense by the day, forces loyal to Haftar have also disrupted water pipelines to Tripoli in an armed attack on May 20. The city’s population has therefore been left without access to water.

Though the humanitarian crisis is certainly not as severe as that in Yemen, the conditions in Libya’s Tripoli grow more and more similar to the conditions of Yemen’s Sana’a, and the potential that Libya will collapse into a state similar to Yemen’s grows more likely by the day.

Not long after the first bullet was fired in the Libyan Revolution did the international community move into the country like vultures flying to a carcass. However, the line between ally and enemy has often become blurred, and allegiances are constantly changing as the conflict progresses.

Throughout 2019, while the LNA has received significant support from Saudi Arabia and the UAE, Fayez al-Sarraj and the GNA have received the majority of their support from the United Nations and Turkey. Recently, on May 19, the GNA received a large shipment of armored vehicles and military equipment from Turkey, which the collapsing government hopes can help turn the tide in the battle against Haftar’s forces.

“The GNA is fostering its forces defending Tripoli with armored vehicles, ammunition and quality weapons,” a pro-GNA coalition said on Facebook.

Bolstered by its improved military hardware, the GNA has announced plans to retake occupied portions of the Tripolitania region from the Haftar military, though as it stands now, the engagement remains at a stalemate.

The United States has been a major influence in the war since it began bombing the country in 2011 in an attempt to end Muammar Gaddafi’s 42-year reign. However, in April, Washington decided to pull their remaining forces from the country and watch the conflict progress from the sidelines.

Donald Trump has, allegedly, given Haftar his support on behalf of the United States in regards to the assault on Tripoli in a phone call between the two men. This drastic shift in US policy towards Libya has reportedly come after discussions with Middle Eastern contacts which painted Haftar as a liberator fighting against jihadist forces in Tripoli.

However, this narrative has not been entirely reflected in reality, according to numerous experts, who report that Haftar has no desire to promote democracy and that he himself employs Salafist militants in his forces.

The move by the Libyan MPs displays a dangerous trend, and foreshadows the potential for the emergence of larger divisions between the Tobruk and Tripoli governments.

Just as the Second Libyan Civil War began due to government fractionalization, conflict between the House of Representatives and the Government of National Accord threatens to awaken a larger conflict in Libya and North Africa as a whole.

In April, Morocco’s foreign minister Nasser Bourita condemned the military escalation in Tripolitania, warning that it could lead to severe humanitarian and political issues in the region.

“Morocco has been following the Libyan situation with great concern, especially in light of the military escalation at the entrance of Tripoli and the possible consequences in terms of human tragedy and damaging impact on the stability of this fellow Maghreb (North African) country,” Bourita said.

Should the Maghrebi nation of Libya be plunged into an even more severe conflict, it would be catastrophic not only for the people of Libya, but for people in every country in North Africa. Meanwhile, each day that goes by we see Libya’s government grow more and more divided as Libya’s people suffer without an end in sight.