According to the report, the average number of foreign worker registrants in the social security system in April stood at 2,086,400, which is higher by more than 59,443 newly registered workers, compared to last month.

Morocco ranked the second largest in terms of enrollment in the social security system for two consecutive years, with 270,432 workers, which is a notable increase compared to 250,782 new enrollments last year.

Romania, which also secured the top of the chart for two consecutive years, contributed with a total of 352,232 employee registrations, compared to 339,631 in the previous year.

Of the 2,086,400 social security contributors in Spain, 1,224,349 arrived from countries outside the European Union, whereas the remaining 862,051 foreign workers belonged to one of the EU countries, added the report.

Enrolling with social security programs enables foreign employees to benefit from a wide range of advantages such as healthcare, maternity leave, monetary assistance, work-related injury compensation, and a retirement pension. 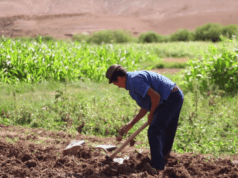 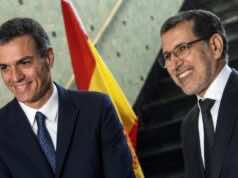