Morocco’s head of government said the country has made inroads in education reform despite challenges inherited from former governments.

Rabat – In a monthly meeting of the house of councilors for discussing Morocco’s education policy, Head of Government Saad Eddine El Othmani said the government was poised to trigger its 2015-2030 Strategic Vision to modernize Moroccan education.

The 2015-2030 Strategic Vision of education reform, which the Ministry of Education is adopting  as its main social project, is aimed at bridging the equality gap and promote quality education, El Othmani stated.

He said the goal of the vision is to live up to the expectations of Moroccans for a “future school and rights of students to knowledge and quality education.”

With the challenges facing the Moroccan education system, which El Othmani said predate the current government, the head of government pins his hopes on the continuity of reforms initiated during his tenure.

According to El Othmani, the government seeks to develop a platform of combined efforts from all education institutions to assist schools in bolstering up future generations.

El Othmani noted that education reform rests on a “comprehensive and complementary approach” working towards boosting the quality of education at all levels.

Stressing the important role of vocational training as a driving force for creating job opportunities, El Othmani said that the overall objective is to achieve equal access to schools for all Moroccans.

Despite the current social unrest across the kingdom due to contractual teachers and medical students’ protests, the head of government pointed to a “quantum leap” Morocco has made in the area of education.

El Othmani especially spoke about the inroads Morocco has made in terms of vocational training, explaining that Morocco’s success in the field will help make the country a regional model.

Regarding higher education, El Othmani declared that government is working on establishing a “distinct system for higher education and scientific research, which best suits the needs of the job market, in addition to harnessing human resources to to make up for the shortage in education.”

He noted that the government has moved extra funds into the education budget.

By El Othmani’s reckoning, the decision to drive up budgets is  an indication that is preparing to successfully tackle the issue of overcrowding, which saw a significant decrease, promising to redouble their efforts towards attaining favorable outcomes in public education sector.

Government Will Not Deduct 14% from Employees’ Wages for Pensions 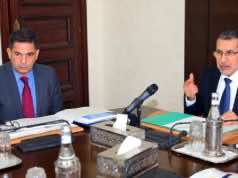 Government Pledges Increased Teaching of IT in Moroccan Schools 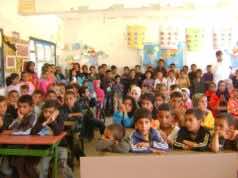