The unexpected comeback of the iconic singer Aziza Jalal astonished fans, who found themselves humming along to “Mestanyak,” one of her beautiful and renowned songs.

Rabat – Tuesday, May 22  marked an unexpected surprise for the Arab World. It was the day that Moroccans and fans across the Arab world had the chance to meet again with the prominent Moroccan  singer, Aziza Jalal, who was out of the spotlight for 35 years.

The singer made her first appearance since 1985 on a television show aired by MBCtelevision channel. The TV show is called “Likaa mina sifr” or “meeting from scratch.”

In the show, the singer also wowed audiences across the world when she performed her legendary song “Mestanyak,” translated as “I am waiting for you” in English, with the same passion and maybe a little bit more.

The  interview with Jalal was also posted by the television show on Youtube. The interview generated more than 70,000 views and hundred of comments.

“Who can say that she is 60-year old,” one of the people commented on the video.

When the sound was out from her lungs, Jalal’s fans across the world were mesmerised by the singer’s soft, strong vocals which remain unchanged after 35 years of absence.

Fans ‘waiting for you,’ too

The artist announced her retirement from public life in 1985 when she married Saudi businessman Ali bin Butti al-Ghamdi, who asked her to give up  singing in public as one of the marital conditions.

The proposal suddenly ended her career in the music industry, leaving her fans disappointed, knowing that she could have added even more hits to her already impressive list of songs.

The singer’s return to the spotlight has coincided with the recent death of her husband.

The singer  had made a name for herself as one of the top Arab singers in the 70s and 80s. Not too little to late, her vocals have made headlines again as she astonished the world by  singing a few verses from her song during the television show.

Jalal’s song “Mistaniak” was covered by Lebanese singer Nancy Ajram, one of the most popular and commercially successful Arab artists.

The song’s lyrics come from the repertoire of the great Egyptian musician Mohamed Abdelouahab. The composer of the song was renowned musician Baligh Hamdi.

The singer, however, had several other famous songs, including Min Hakek T’atebny (You have the right to blame me,) and Houa El Hob Le’baa (Love is a Game.)

Jalal’s early songs achieved commercial success in the UAE and in Egypt, and with the help of songwriter and poet Abdel Wahab Mohammed and artist Sayed Makkawi, among others, she quickly became a household name in the entire Arab world.

Speaking on the MBC show, the music icon recalled intimate memories from her childhood, as well as instances in her path to fame and success in the music industry.

She also expressed her unique attachment to her hometown, Meknes, and how her childhood in Morocco had shaped her life and character.

The interview with the music legend and her performance of the song “Mestaniak” has gone viral on social media, making her devoted fans eagerly wonder whether this appearance will mark the onset of her full return to the music scene.

Before fame and marriage , the singer dedicated  her life to the study of music. Young Aziza Jalal studied music in Meknes before participating in a singing competition called Mawahib (Talents)  supervised by renowned Moroccan singer Abdelnabi Al Jirari in 1975.

During the competition, the singer performed songs of well-known Egyptian and international Arab icons, such us Shadia and Ismahan.

The singing competition was the start of the singer’s career in the Arab music industry before she eventually disappeared, subsumed by the demands of marital life.

Born in 1958 in the city of Meknes, near Fez, the singer abandoned her career to marry the love of her life, Saudi businessman Ali bin Butti al-Ghamdo, who also made several sacrifices in order to marry the iconic singer.

al-Ghamdi  is believed to have defied his conservative family’s rejection of his marriage to the popular singer.

Jalal lived in the Saudi city of Taif with her husband and her three children for the last 35 years. 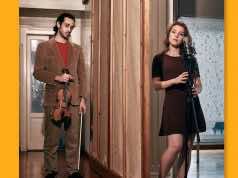