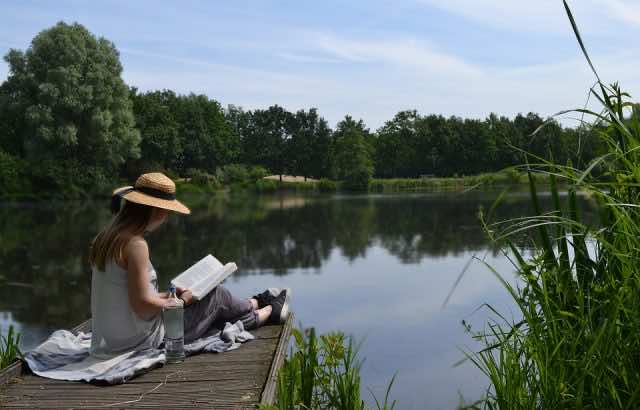 Rabat – While it’s possible to explore Morocco in person, an alternative is traveling through literature. Online literary magazines are some of the best places to find current stories about experiences in Morocco, an ancient nation, in the 21st century.

Below is a list of contemporary nonfiction that take the reader through Moroccan streets. Items on the list are organized first by title, then excerpt, summary, and finally info on the writer.

! – The Back Lanes of Tangier

“Wandering through the market, I collect a collage of vivid images. A butcher has made a colorful curtain of entrails, creating mellow stripes of all textures. Camera-shy Berber tribeswomen are in town today selling goat cheese wrapped in palm leaves. A man lumbers through the crowd pushing a ramshackle cart laden with a huge side of beef. He makes a honking sound, and I think he’s just being funny. But it isn’t the comical beep-beep I’d make behind a wheelbarrow. Small-time shipping is his livelihood, the only horn he has is his vocal chords, and he is on a mission.”

As a solo traveler, Rick Stevens spends his birthday observing the alleys of the city of Tangier, in northern Morocco. He depicts everyday life in the city’s grimy, hustle-and-bustle streets which are both old-fashioned and modern. Already a travel writer, Stevens has a gift for capturing curious surroundings in a way that puts the reader in the middle of the active but chipper old medinah.

Rick Steves writes European travel guidebooks and hosts travel shows on public television and public radio. He is the author of Travel as a Political Act.

2 – Detained in the Sahara

“We were not at the international border. We were in the middle of nowhere, and it was hard to discern on whose authority these fellows were detaining us. But they had guns—pistols holstered in their belts—and when they asked for our passports, we complied. They looked the passports over very carefully, and then their leader singled me out.”

This is a short but humorous story from American writer Bill Donahue, who is in a group selected for an ID check. Though he has reason to be intimidated by the officers in the desert — they have guns — they seem to be genuinely interested in him in the way that many policemen are curious about the foreigners who choose to explore Morocco.

Bill Donahue is a writer for Outside, Harper’s, Wired, The New York Times Magazine, and other publications.

“All along the way we had met, talked to, and enjoyed the hospitality of Berbers who had spoken to me in the hope that I would tell the world about their need of roads, hospitals, and schools. Falling from pack animals was no rare event in their parts. Living with the resulting pain and even disability was also common. Quitting now would mean letting down the people I had come to Morocco to write about.”

In the mountains as an assignment for National Geographic, Jeffrey Taylor wanders through scenes of Morocco’s quiet, natural side: Jbel Mgoun and Jbel Toubkal, the eastern High Atlas, the  Tichka Plateau, and more. While on his trip, Taylor takes a serious tumble and debates with himself whether he should continue the journey or go no further. Taylor meets caring people of humble means from villages nearby.

Jeffrey Tayler is a contributing editor for The Atlantic and the author of six books, including River of No Reprieve: Descending Siberia’s Waterway of Exile, Death, and Destiny. His latest is Murderers in Mausoleums. His second book “Facing the Congo”ranked No. 28 on World Hum’s Top 30 Travel Books of all time. He was the subject of a World Hum interview.

4 – The Groove of Routine

“In the morning I walk the hilly, winding roads, paint peeling from shutters and walls, elegant balconies fallen into disrepair. The sans serif lettering on the businesses describe a 1950s heyday unmatched since. I pass a motorcycle held together by packing tape. Every day the same old man is sharpening knives on a whetstone spun by what looks like a stationary bicycle.”

This piece is one of five from a small collection of essays called A Travelogue in Five Parts By Nicholas Kulish. The backstory is, Nicholas Kulish spent more than half a decade tracing the path of Aribert Heim, a Nazi concentration camp doctor who fled postwar justice in Germany. The research for his book on Heim, The Eternal Nazi, co-authored with Souad Mekhennet, led him to Denmark, Austria, Egypt, Morocco, and across Germany. Other entries from his travels are available online at Believer Magazine.

Nicholas Kulish is the East Africa correspondent for the New York Times. His latest book is The Eternal Nazi.

5 – My Vagina in Morocco

“We proceed across the shady town outskirts in downbeat silence. There are late stirrings in households around us, windows squeaking open, babies’ cries. During the Ramadan fasting month, folks are obliged to rise before dawn to take a meal prior to sunrise. The ballyhoo in the street at 4:45 AM this morning woke, shocked, and excited us. What a thing, to parade the streets, banging drums in the darkness, hollering reminders to eat before the next fifteen hours of going without. The morning staff at the riad explained that people take a simple meal and return to sleep until the first call of the muezzin. Muslims often rest throughout the morning during Holy Month in the summer season—“unless our job is to serve the breakfast to guests,” the waiter tiredly added, placing glass bowls of yogurt and fruit salad before us.”

Mindela Ruby travels with her husband from Madrid to Casablanca, describing seeing, for the first time, Chefchaouen, the Call to Prayer, a friendly local guide, relics of colonization, Ramadan, Fes, and more of Morocco’s ancient, majestic beauty alongside another aspect of her experience, symptoms of an infection. Ruby makes doctor visits on her vacation, not allowing her medical troubles to ruin the land of a thousand Kasbahs:  “And I, giggling and swaying alongside him to the next song, begin reclaiming what some enterprising candida fungi almost stole from me—the dizzying exultation, in all its complexity, of Morocco.”

Ruby is the author of Mosh It Up (2014) and has also published poetry and short prose in journals including Rivet, WomenArts Quarterly, East Bay Review, Frigg, Arcadia, and Foliate Oak. She is a contributor to the new anthology Unmasked. Her poetry has been Pushcart and Best of the Net nominated. She completed a Ph.D. at the University of California.