The national strike will protest lack of action from the government and will affect the normal functioning of public hospital facilities. 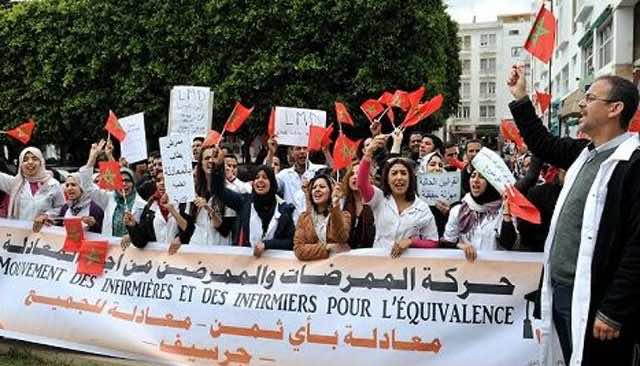 Rabat – The public sector Nurses and health professionals movement in Morocco has announced a 5-day national strike from June 10-14.

Strikers will protest the government’s lack of action following a dialogue with the group, which rejected offers made during the negotiations.

Health employees will conduct sit-ins in front of Morocco’s regional directorates of health, on June 12, as well as a march starting from the Health Ministry headquarters towards parliament, on June 13.

The national strike will affect the normal functioning of public hospitals as many hospital facilities will be shut down. Recovery and emergency units will remain open during the strikes.

The public sector nurses expressed their disappointment with results of dialogues with the Ministry of Health which they considered as ‘poor in comparison with workforce expectations.’

The movement accused the government of procrastination, saying that the Ministry is belittling the demands made by the public sector health professionals and attempting to exclude them from negotiation and dialogue.

Nurses are demanding fairness in compensation of professional risks, an end to unfair administrative and judicial proceedings, and a reduction from 6 to 4 years in the wait time to pass promotion exams, as well as an increase in quota to 50% from 33%.

The public sector healthcare professionals are also demanding the integration of all unemployed nurses and health professionals by creating sufficient financial positions to accommodate a large number of graduates in all specialties to fill the sector’s needs and reject all forms of contracting.