The royal navy has carried similar operations throughout the year. 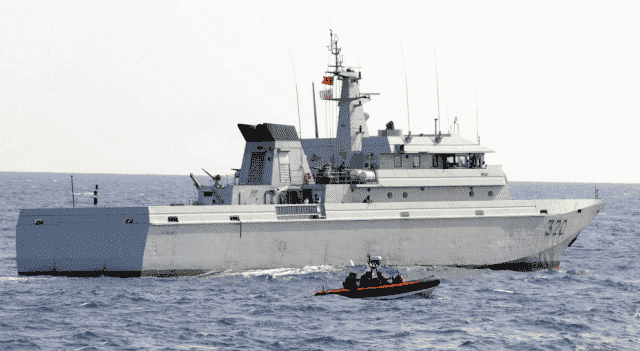 Rabat – Members of the Moroccan Royal Navy in the Mediterranean rescued 249 irregular migrants on board of several makeshift boats on May 25-26.

Authorities brought back the migrants to safety to the ports of Ksar-Sghir, Al Hoceima, and Nador.

The Royal Moroccan Navy carried numerous similar operations throughout the year. One of the latest operations was on May 19, when the navy rescued 169 irregular migrants on board of several makeshift boats.

A military source said that the coastguard managed to bring the irregular migrants back to Morocco’s Mediterranean ports.

Morocco has been facing pressure due to the significant numbers of undocumented migrants entering the country. In response,  Morocco has strengthened collaboration with Spain to curb the flow of immigration.

Spain repeatedly supported Morocco by calling on the European Union to assist the North African country’ efforts on migration.

In May, the Spanish Minister of Defense, Margarita Robles, said that her country has “full confidence in the collaboration with Morocco.”

Spanish news outlet ABC quoted the Spanish Ministry of the Interior, saying that the number of irregular migrants in Spain dropped by 52% from April 2018 to April 2019.

ABC emphasized that the significant decrease owing to Morocco’s efforts.

Morocco’s government announced that the Moroccan security services thwarted more than 30,000 irregular migration attempts in 2019, compared to 88,761 of foiled attempts in 2018.