Nineteen-year-old student Luiza Muminjonova was expelled from the International Islamic Academy in Uzbekistan for refusing to remove her hijab, a religious clothing item, which conflicted with the country’s policy for a secular dress code in all educational institutions. The dress code was signed into law as of 15 August 2018, by Prime Minister Abdulla Aripov. 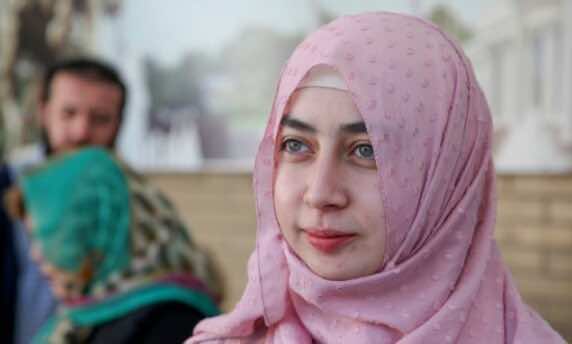 Rabat – The International Islamic Academy of Uzbekistan, according to its own description, “is specialized to educate religious and secular knowledge as an educational and scientific structural subdivision under the supervision of the Committee on Religious Affairs on the Cabinet of Ministers of the Republic of Uzbekistan and the Board of Muslims of Uzbekistan.”

Muminjonova explained the reality of the law making all schools a religiously neutral zone, even one offering a masters in Studies of the Quran, saying; “There is a sign at the entrance, it says that women may only wear dark skirts and white jackets. Skirts have to be worn below the knee. I was told to wear this uniform and take off the hijab.

But I could not go along with that because those rules contradict my religious beliefs,” Muminjonova added that, before the university expelled her and nine other students last September, it had presented an ultimatum: “[They said] ‘either you take off a headscarf, or you will be expelled.’ ”She said that being asked to take off the hijab was “like being forced to give up on my faith.”

When Muminjonova refused to abide by the hijab ban, she was not allowed to attend classes or stay in the dorms.

“Muminjanova was officially expelled for her extended absence from classes, and others were compelled to write their own requests to the Islamic Academy to leave, allegedly for lacking finances and other reasons,” Yelena Urlayeva, a local independent human rights defender who chairs the Human Rights Alliance, said.

The court finally ruled in favor of the academy, arguing that no laws were violated in imposing the dress code.

The US Commission on International Religious Freedom said that “severe violations of religious freedom persisted” and advised that the State Department put Uzbekistan back on the watchlist along with North Korea and Saudi Arabia.

The University was founded as a state-run institution by the president at the time, Islam Karimov, in April 1999. President Karimov saw radical Islam as a reason to keep tight control over religion in Uzbekistan, fearing it would be influenced by the extremists in neighboring Afghanistan.

Since President Karimov’s death, anti-religious policies are still being created and enforced. For example, Under Uzbek law, the appearance of citizens in public places in religious attire may trigger a fine or administrative arrest for up to 15 days. Only [the clergy] can wear religious clothes. As well, selling a hijab in the market is punished by a fine of five to 10 times the monthly minimum wage to 15 days in jail.

Political Rights publication Forum 18 News says, “Only state-recognized religious communities with centralized religious bodies (such as the Spiritual Administration of Muslims, Russian Orthodox diocese or Baptist Union) are allowed to run their own educational establishments. Those who conduct religious education outside these officially-approved organizations face fines or jail sentences.” 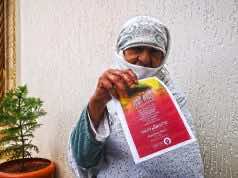