A fossil found in Morocco was sold at an auction last week for $3,174. 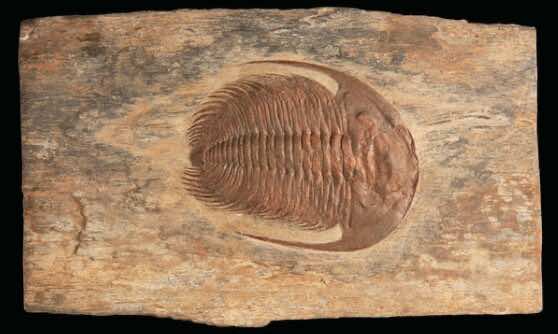 Rabat – Now extinct, the trilobite is an ocean creature, related to the spider. “The trilobite was one of Planet Earth’s great survivors, first appearing in the fossil record 520 million years ago before finally falling prey to the Permian extinction after nearly 300 million successful years,” News Atlas says.

In their time, trilobites were so common and diverse that they are now often used by geologists and paleontologists to date the rock formations in which they are found.

Exactly why the trilobites became extinct is not clear, though a combination of causes is likely.

The remnants of trilobites can range from the preserved body to pieces of the exoskeleton, which is shed in the process known as ecdysis.

They are believed to have never developed facial sutures, having pre-dated their evolution.

Moroccan Shows Dinosaur ‘Like No Other’ Could Swim Using Tail