Just as a video of someone in Mecca is going viral in the Middle East media as “woman wears men's pilgrimage clothing,” a former imam is calling out for an end to extreme gender segregation. 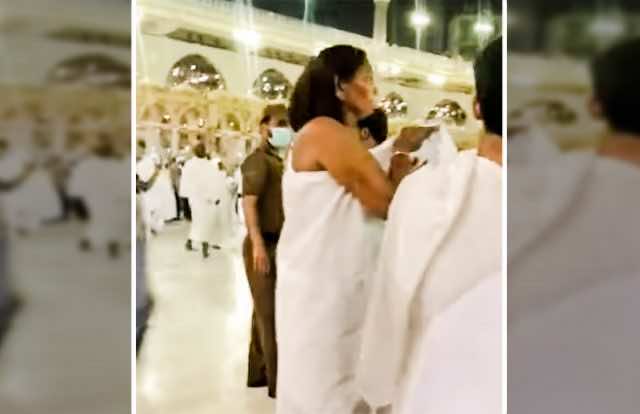 Rabat – While the imam may not be speaking about the video itself, his comments touch on the center of a serious debate about the differences between women and men.

The video in question shows a person wearing the “ihram,” a white robe men wear for the pilgrimage to Mecca. However, despite the individual wearing men’s clothes, they appear to be female, which could suggest an androgynous identity. Viewers are confused by the combination of a female phenotype taking on the gender role of a man.

The apparent crossover is gaining attention as an unacceptable example of male and female parts coexisting.

Sheikh Adel al-Kalbani, the former imam of the Grand Mosque in Mecca, condemns rigid gender separation, saying the practice has become so strict that it contributes to a “woman phobia.” In his comments, he was referring to the rules which make life for Saudi women vastly different from life for Saudi men.

The comments were made during a televised interview. In the context of Saudi Arabia’s conservative politics, Kalbani is known to be a more liberal religious leader, as he allows music and card games which have been banned in public. Saudi has only just recently allowed women to drive, and even then there must be a male guardian present. These sorts of restrictions extend to the mosques, which is what Al-Kalbani criticizes in his interview.

Al-Kalbani also said that women under today’s conditions are more segregated than they were during the Prophet Mohammed’s time: “In the Prophet’s era… the men used to pray in the front and women prayed in the back of the mosque without a partition, not even a curtain.”

“Sadly today, we are paranoid – in a mosque – a place of worship. [Women] are completely separated from men,” Al-Kalbani noted. He also said that women should be addressed by their names. Calling women by their names is a practice from the time of early Islam.

Saudi Journalist Jasmine Bager elaborated on the many ways women are addressed in Time Magazine, “As it stands now, our names are not spoken. Instead, women are often referred to as a man’s daughter, wife, sister or mother. In fact, a woman’s name is considered so private that it’s embarrassing or shameful to some if they are made to say it. Strangers will call a woman ‘auntie’ or ‘teacher.’ And we are traditionally not addressed at all by men who are not related to us.”

Al-Kalbani continued the dialogue over the strict social segregation in Saudi by saying in the interview: “Today, it is a separated room, some even far from the original Prophet’s Mosque area, I believe this is some type of phobia toward women.”

The grandson of Saudi Arabia’s former grand mufti believes that the partition is necessary to ensure women must pray behind men. He dismissed Kalbani’s comments with an insult: “Honestly, a cow is more useful than Kalbani,” Saleh ibn Baz said.