The game will take place on June 9. 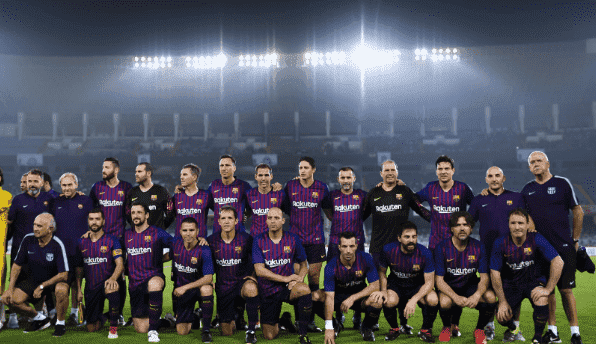 Rabat – The legends of the  Barcelona football club will play against Sporting Club Chabab Mohammedia on June 9 in the city of Mohammedia,  on the outskirts of Casablanca.

The former  players of Barcelonawill face the Moroccan football club at the Stade Bachir Mohammedia.

In a press release, FC Barcelona said that this will be the “third game of the season for the team of former [Barcelona] stars managed by Albert Ferrer,” a retired Spanish footballer who represented local Barcelona for almost a decade.

“The game will be screened on Barça TV in Spain, Barça Video, and the club’s official YouTube channel,” the statement added.

The Barca legends game, according to the statement, is the result of a program created in 2016 by the Spanish giant football team “to make good use of the stars that have worn the club jersey in the past.”

The program also seeks to encourage retired footballers to “further their playing careers” after retirement.

“The programme involves different fixtures and the organisation of parallel events in different parts of the world,” noted FC Barcelona.

This is not the first time that Barcelona stars visit Morocco. In last year’s Spanish Super Cup, the current  Barcelona team played and won in Tangier against Sevilla.