Even if somewhat belated, Chiboub’s interview is a boost to Wydad and Morocco’s concerns about refereeing mistakes and bias against Moroccan clubs. 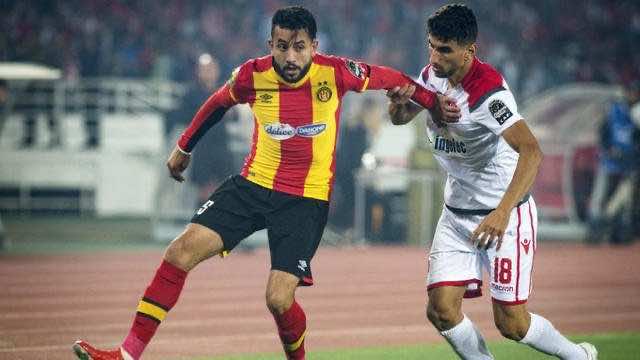 Rabat- Slim Chiboub, the former president of the Tunisian football Club Esperance of Tunis, has acknowledged that refereeing mistakes in the champions league final robbed Wydad of Casablanca of an important victory in the first leg.

On Tunisian lobbying at CAF

The match took place on the heels of a fiery media campaign in Tunisia to prevent “unfair refereeing” against Tunisian clubs in African tournaments.

“We do influence…. We have always been influencing in the CAF,” Chiboub said referring to Tunisia’s influence on CAF decisions.

“We are there to influence. When the federation put a member in [ in the confederation] isn’t for protecting its interests? When someone is elected [to the CAF board], he goes there to serve the interests of his country; if there is a good referee he brings him, if there was any bad referee he should put pressure so he won’t be appointed…. This is the mission done behind the scenes.”

Wydad took on Esperance on Friday in Rabat. The game ended in a 1-1 draw, but left Wydad fans utterly distraught and frustrated over the number of refereeing mistakes in favor of their Tunisian opponent.

Even as they were reduced to 10 men, with their captain Brahim Nakach receiving a red card at the beginning of the second half, Wydad was thoroughly dominant and created more scoring chances. Throughout the game, however, there were repetitive refereeing mistakes that held Wydad back from taking advantage of those chances and tended to be more in favor their Tunisian guests.

Examining the game in a radio interview, with a local Tunisian broadcaster, Chiboub sympathized with the frustration of Wydad fans, saying that the Moroccans would have won the game had it not been for the referees’ obvious bias for Esperance. He particularly pointed to a Wydad goal the referee ruled, arguing that it should have stood. “The referee’s decision on the goal was an error,” he said.

The two teams will face each other again on May 31, with the aggregate result of the two legs set to determine the winner of this year’s most prestigious trophy for African clubs.

Meanwhile, after receiving two equally vehement complaint letters from the Royal Moroccan Football Federation (FRFM) and the Wydad board, CAF proceeded to suspend Gehad Grisha, the Egyptian referee of the Wydad vs. Esperance game.