Morocco sent a delegation to Islamic Summit currently convening in Mecca to discuss regional concerns and unity across the Islamic World. 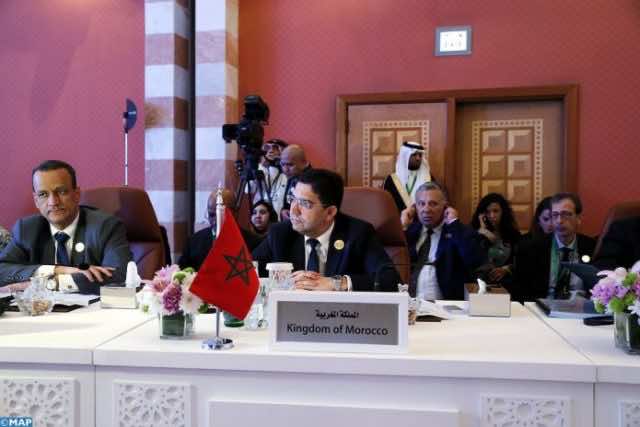 Rabat – Banners at the 14th Islamic Summit in Mecca are adorned with the words “Mecca, hand in hand towards the future.” However, between Houthi drone attacks on Saudi soil and the threat of a civil war in Libya, the future has never been in greater danger for the Islamic World.

The summit, convened by the Organization of Islamic Cooperation (OIC), has a number of pressing issues on the agenda, ranging from the legal status of Jerusalem to the ongoing crises in member countries such as Sudan, Libya, Syria, Afghanistan, and Somalia.

The meeting will also involve discussion about a number of other issues of concern to the Muslim world, including Islamophobia and anti-Islam rhetoric in the West,as well as terrorism across the Middle East and Africa.

On Wednesday, May 29, ministers and delegates from participating countries met in Jeddah to establish the agenda for the upcoming summit, which is scheduled to take place on Friday, May 31.

Representing Morocco at the meeting is Nasser Bourita, the Moroccan Minister of Foreign Affairs and International Cooperation. He will be participating in the conference alongside delegates from the OIC’s 57 other member states.

Bourita is also joined by Prince Moulay Rachid, the younger brother of King Mohammad VI, who will serve in his brother’s stead as a diplomat to the summit.