Rabat – Attijari Intermediation, an affiliate of AttijariWafa bank and a leading banking and financial Group in North Africa, has earned the “Highest Traded Value in the Casablanca Stock Exchange” award for the year 2018 for the fifth year in a row.

The Arab Federation of Exchanges (AFE), a guiding body of the Arab stock exchange, gave the award at the AFE Annual Conference 2019, organized in coordination with the Egyptian Exchange (EGX) in Cairo, Egypt, which took place from April 23-24.

According to a statement from Attijariwafa Bank, the distinction won by its affiliate reflects its significant position as a reference actor in brokerage and stock exchange investments at both the national and international level.

According to Attijariwafa Bank 2017 annual report, “In 2017, Attijariwafa bank had 19,754 employees, operations in 26 countries and 9.1 million customers. With 4,306 branches, the Group boasts the most extensive branch network in Morocco and Africa.” 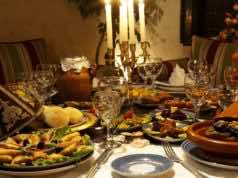