Increasingly assertive in African affairs, Morocco welcomes the AfCFTA as a watershed moment for Africa, saying it is a “major event” on the road to realizing pan-African dreams.

Rabat – For Morocco, the African Continental Free Trade Area (AfCFTA) is a milestone and a historic move on the path to realizing the continent’s long-standing aspirations of comprehensive intra-African exchange.

Speaking at a press briefing after a cabinet meeting, Spokesperson of the government  Mustapha El Khalfi said that “the entry into force of the agreement will contribute to the implementation of the Royal Vision, based on the idea that Africa’s future is the work of the continent itself and its citizens, and that it is time to move forward on this path.”

El Khalfi also emphasized the Kingdom’s eagerness to participate in endeavors to accomplish the agreement and implement its provisions. He drew special attention to the country’s role in the milestone, recalling that Morocco was the first nation to require its foundation. The long-term goal of the agreement aims to increase intra-African exchanges by 60% by 2022.

“Morocco was additionally one of the principal signatories to the agreement, based on the royal diplomatic rules in Africa, ” he noted.

This goal-oriented project will reinforce the Kingdom’s commitment to implement the conditions of the agreement.

El Khalfi noted that this mechanism has been put in practice by the signing of a series of bilateral agreements, the number of which is close to 1,000 agreements signed over the last twenty years, in addition to the increase in Moroccan investment within the continent in several sectors, as well as the strengthening of the system of international cooperation in terms of education, with 8,000 sub-Saharan students pursuing their studies in Morocco.

The AfCFTA agreement entered into force Thursday, after its ratification by 22 African Union nations. Minister: Morocco Loses $2 Billion Annually Due to FTA with Turkey 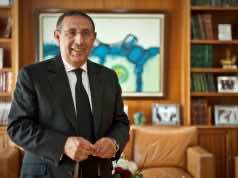 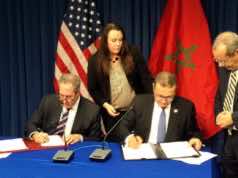