Trudeau is one of several world leaders who address the Muslim community annually, expressing best wishes during Eid. Rabat – Canada’s Prime Minister Justin Trudeau has once again recorded a video message addressing all Muslims in Canada and across the globe in the event of Eid Al Fitr.

Muslims in Canada are celebrating Eid Al Fitr on Tuesday along with another of other countries.

“Eid al-Fitr marks the end of the holy month of Ramadan. After a month of fasting and spiritual reflection. Eid is a time for community and celebration,” he said.

The Canadian official also said that that the feast is a chance to “honor the values at the heart of Islam- from service and generosity to peace and compassion.”

Trudeau repeated a similar sentiment to that in his message expressing best wishes to the Muslim community when Ramadan began, acknowledging that Islamophobia still persists in his country.

“Our government will always stand with Canada’s Muslim communities,” he said, adding that  his country will “continue to fight against Islamophobia and hatred in all its forms.”

“…And together, we’ll keep building a better Canada.”

Before concluding his message, Trudeau conveyed his family’s wishes to all Muslims, wishing them a “joyful Eid.”

At the beginning of the holy month of Ramadan, Trudeau delivered a warm message, and acknowledged the increase of Islamophobia in the country.

“For many Muslims, these last few months have been difficult ones.”

He said, “communities have suffered hateful, Islamophobic acts of violence-acts that have no place anywhere in our world.” 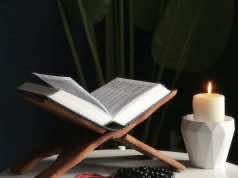 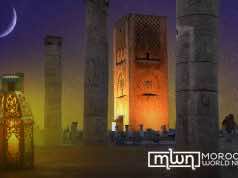