Four days after losing their baggage on Royal Air Maroc flights between Casablanca airport and the US, angry passengers still don’t know where their bags are and when they will get them back. They have turned to Twitter to express their frustration.

Some customers who flew to the US and lost their baggage on Sunday still don’t have their bags today. Angry at how RAM has handled the lost baggage claims, they have turned to Twitter to express their frustration.

The main anger is around RAM’s lack of communication and “radio silence” on the whereabouts of people’s luggage.

“We just spent 30 minutes on the phone and were basically yelled at for asking for information. They couldn’t even tell us if some bags have left Morocco, let alone where ours were,” tweeted one user.

The bags on flights to New York and Miami were left on the tarmac at departure.

“Zero communication regarding the bags that flight AT0200 left at Casablanca and departed for JFK. Waited on the Tarmac for an hour before departure to be told that we were leaving 60% of the baggage at Casablanca. How do I get my bags that were left?” said another user.

“There is nothing more heartbreaking than calling an airline and them telling you they have no clue where your luggage is – meanwhile we saw a pile of bags sitting on the tarmac as we flew away. @RAM_Maroc can you provide us with any information?!”

When contacted by Morocco World News, RAM’s Customer Service line was not available.

In a press release on Monday, RAM denied responsibility for the baggage delays, shifting the blame on its subcontractor General Private Interim (GPI), the company responsible for RAM’s baggage handling services at Casablanca airport.

RAM’s website, however, states that the aircraft takes responsibility for finding lost baggage, and will do “all it can to return it as quickly as possible.”

For some passengers, RAM is clearly responsible.

“By buying a ticket on RAM, we are in an agreement for you to take us and our bags safely to our destination,” tweeted one user.

Passengers want to know where their bags are, and they want compensation from RAM.

RAM and its baggage handling subcontractor GPI have been butting heads since mid-April over contract terms, each accusing the other of not respecting its obligations.

GPI accuses the airline of imposing additional work on baggage handlers without fair remuneration and baggage handlers want a pay rise to reflect what they feel is an increased workload.  RAM accuses GPI of breaching the contract by intentionally slowing down its baggage handling services and causing flight delays.

The delays this week are another blow to RAM’s reputation. 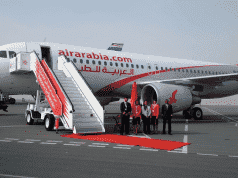 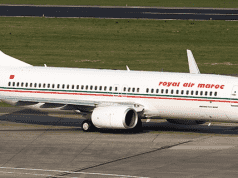